The bus accident comes a week after the terror attack on a bus carrying Amarnath pilgrims in Anantnag killed eight yatris.

A bus carrying Amarnath pilgrims fell into a gorge along the Jammu-Srinagar Highway. (PTI photo)

Srinagar: Sixteen people who were on a pilgrimage to the Amarnath shrine have died in an accident on Jammu-Srinagar National Highway. The bus carrying Amarnath pilgrims or yatris fell into a gorge along the highway on Sunday afternoon. Of the 29 people who have been injured, 18 have been airlifted to Jammu and 11 have been sent to Srinagar hospitals for treatment.

The accident took place in Ramban along the highway. The bus, part of the official Amarnath Yatra convoy, skidded off the road and rolled down into a ravine. Senior Superintendent of Police in the region, Mohan Lal said that the rescue operation was underway.

Promoted
Listen to the latest songs, only on JioSaavn.com
PM Modi expressed sadness over the accident. "I pray that those injured in the bus accident in J&K recover soon," he tweeted.

Extremely pained by the loss of lives of Amarnath Yatris due to a bus accident in J&K. My thoughts are with the families of the deceased.

Last week, seven Amarnath pilgrims were killed in a terror attack in Jammu and Kashmir's Anantnag. One more pilgrim died on Sunday. On Saturday, the sixteenth batch of 3,398 pilgrims - escorted by the Central Reserve Police Force (CRPF) personnel and police - left Jammu for the 3,888-metre Amarnath cave shrine of Lord Shiva in the Himalayas in south Kashmir. 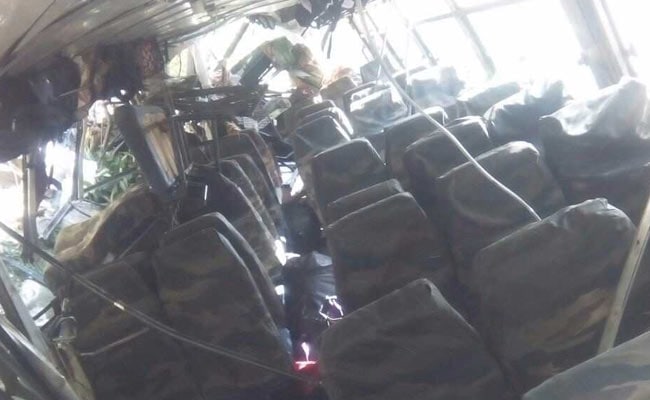 The Amarnath-bound bus skidded off the road into a gorge along the Jammu Srinagar highway.

The annual pilgrimage to Anantnag - amid tight security - is scheduled to conclude on August 7. This year, the authorities have decided to allow 7,500 pilgrims to visit each day.

The cave shrine is located at a distance of 46 km from Pahalgam and 14 km from Baltal in the state.