Navy's MiG-29K has engine and other problems, hardly available for service

New Delhi: The navy's ambition to have a formidable presence far away from the Indian coastline rests largely on one fighter jet - the MiG-29K bought from Russia. And according to the state's national auditor, it's working so poorly that it's hardly available for use.

In a scathing report submitted to parliament two days ago, the Comptroller and Auditor General or CAG, which has audited the Navy's MiG-29 programme, says that "The MiG-29K, which is a carrier-borne multi-role aircraft and the mainstay of integral fleet air defence, is riddled with problems" including engine malfunctions which means that in "a best case scenario, a MiG-29 jet will be fully fit for operations less than 50 per cent of the time it is required to be deployed."

India has acquired 45 of these fighter jets for nearly 10,500 crores in 2004 and 2010.  The jet, which is  deployed on India's formidable warship the  INS Vikramaditya, is also meant to be the front-line fighter  for the carrier Vikrant, which is being built in Kochi, and possibly the Vishal, a third aircraft carrier still at the design stage.

The CAG report says that since the MiG-29K plane was inducted in 2010, more than half of its engines have been diagnosed with design-related defects. "The issue had serious flight safety implications, since in-flight engine defects had led to ten cases of single engine landings," the report says.

Nor has the MiG-29 been able to fare acceptably during the violent process of landing on the tiny deck of an aircraft carrier. Restrained upon touchdown by an arrestor hook which snags a wire on the deck of the Vikramaditya, the MiG-29K has encountered several component failures. The CAG report adds that "defects had occurred despite numerous design improvements and modifications" and the recurring problems were "having an adverse impact on Indian Navy pilots training." 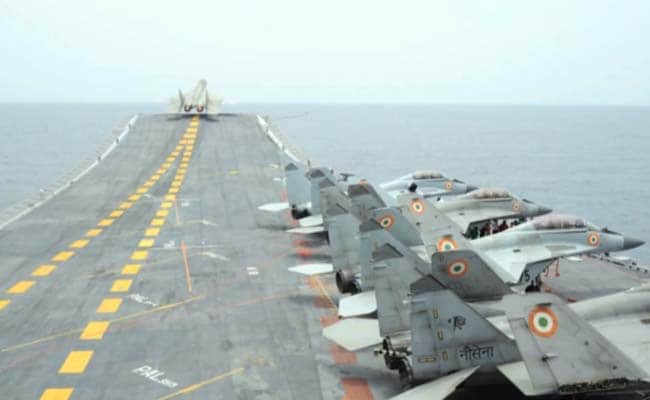 Speaking to NDTV, senior Navy officers admit that there are no quick-fix solutions to the litany of problems with its frontline fighter. They say they had little say in the choice of aircraft they purchased since the MiG-29K was bought as part of a "package deal" which included the transfer and refurbishment of the aircraft carrier Gorshkov which the Navy has re-christened the INS Vikramaditya.

They say a team of engineers of the Russian manufacturer are stationed in Goa where the jets are based (when they aren't deployed on the aircraft carrier) working to resolve all the technical issues which have crept up.

Senior officers also point out the India is the first operator to induct the MiG-29K - even ahead of the Russian Navy.  They say overcoming teething problems for new platforms is a time-consuming issue, but there's no need for major concern because Russia has also decided to replace its carrier-borne Sukhoi fighters with the same MiG-29K.

The Russians, Indian Navy sources grudgingly tell us, will no doubt benefit from the Indian experience of rectifying recurrent snags on what will become their own front-line naval fighter aircraft.