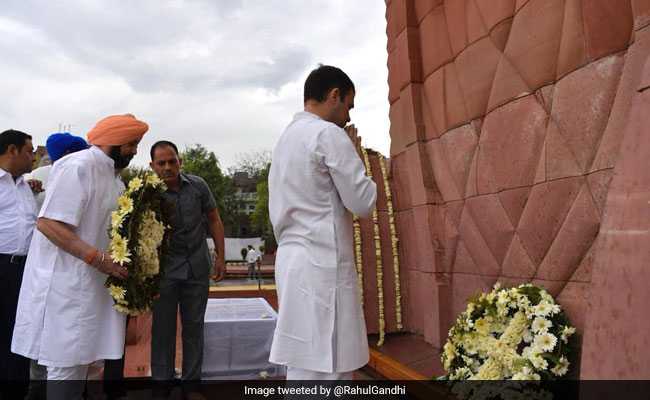 Congress chief Rahul Gandhi visited the Jallianwala Bagh memorial in Amritsar this morning to mark 100 years of one of the worst massacres in the world, and said "cost of freedom must not be forgotten". Punjab Chief Minister Amarinder Singh and state minister Navjot Singh Sidhu, among other senior Congress leaders, accompanied him.

"Today is the centenary of the brutal Jallianwalla Bagh massacre, a day of infamy that stunned the entire world and changed the course of the Indian freedom struggle. The cost of our freedom must never be forgotten," Congress chief said in a tweet after his visit.

Today is the centenary of the brutal Jallianwalla Bagh massacre, a day of infamy that stunned the entire world and changed the course of the Indian freedom struggle.

The cost of our freedom must never be forgotten.

In the memorial visitor book, he wrote something similar: "The cost of freedom must never ever be forgotten. We salute the people of India who gave everything they had for it. Jai Hind."

Mr Gandhi reached Amritsar on Friday to pay tributes on the 100th anniversary of Jallianwala Bagh massacre. He visited Golden Temple, one of the five major Sikh pilgrim sites in the county, last night. 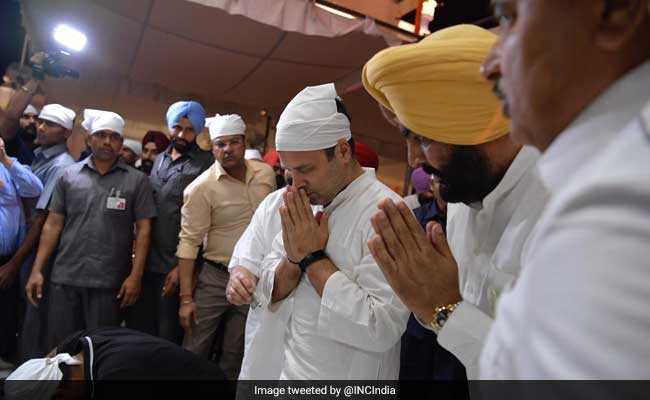 Hundreds died when British troops, on the afternoon of April 13, 1919, opened fire at thousands of unarmed Indians, who had gathered at the Jallianwala Bagh.

Hundred years on, Britain is yet to apologise for the massacre.

British Prime Minister Theresa May on Wednesday called it a "shameful scar" on British Indian history. "The tragedy of Jallianwala Bagh of 1919 is a shameful scar on British Indian history. As Her Majesty the Queen (Elizabeth II) said before visiting Jallianwala Bagh in 1997, it is a distressing example of our past history with India," she said in a statement on Wednesday, but stopped short of apology.

Prime Minister Narendra Modi offered his tributes in a tweet this morning. "Today, when we observe 100 years of the horrific Jallianwala Bagh massacre, India pays tributes to all those martyred on that fateful day. Their valour and sacrifice will never be forgotten. Their memory inspires us to work even harder to build an India they would be proud of," he said.