The report said Australian investment to India would rise from 10.3 billion dollars to over the 100-billion mark, reflecting an expansion of the relationship. 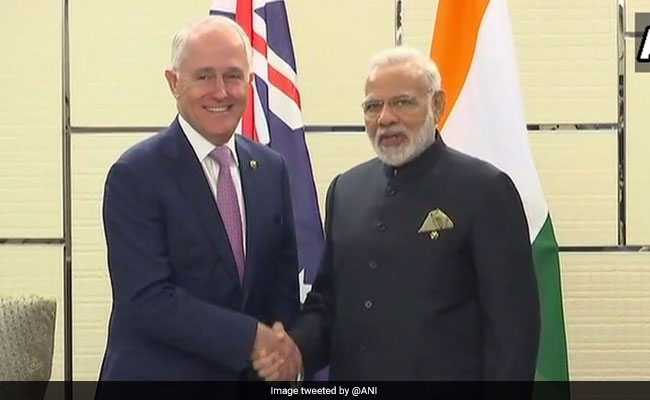 The report also affirmed that India would become the world's third largest economy by 2035. (File)

Australia has released a report on its economic strategy for India recommending that India should be put into its top three export markets and made the third largest destination in Asia for the country's outward investment.

The report noted that the opportunities, however, would not fall into the country's lap and that the government would require a sharper national focus on India, an unambiguous commitment by Australian business and a deeper understanding by both government and business of the magnitude of what is unfolding in an Indian market place which will only get more crowded.

"They will also require an approach to the investment relationship with India that markedly differs from the trajectory of Australian investment in most other Asian markets,'' the report said.

The foundations for an enhanced economic partnership with India are strong, underpinned by people-to-people ties and shared values, it said.

The report has identified ten sectors where Australia's competitive advantages match India's needs, and ten states in India where Australia should focus efforts.

Minister for Trade, Tourism and Investment Steven Ciobo said the government commissioned this report to look beyond the immediate horizon and provide a roadmap for unlocking the opportunities that will help India and Australia grow together.

"It is about cementing India as a priority economic partner," Mr Ciobo said, adding that Australia must continue to seek out new markets and opportunity.

The report said no single market over the next 20 years would offer more growth opportunities for Australia than India. By 2035, India will overtake China as the world's most-populous country. It is poised to become the third largest economy, after China and the United States, he added.

The trade minister said that the government will consider its response to the strategy report following consultation with Australian and Indian stakeholders.

Welcoming the strategy paper, Melbourne-based think tank Australia India Institute (AII) director Craig Jeffrey said the document outlines a confident vision for the future of economic relations between Australia and India. At the same time, it warns against complacency, urging us all to do more in pursuit of stronger ties between our two nations.