15 Crore Workers in 10 Unions on Strike Today; Banking, Transport Likely to be Hit 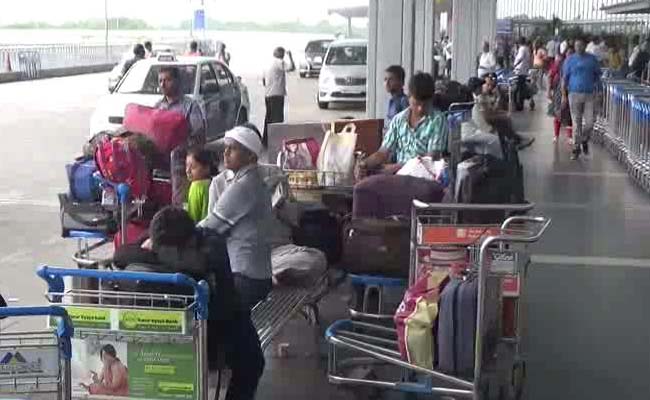 New Delhi: Essential services like banking and public transport may be impacted today with ten central trade unions going ahead with their one-day nationwide strike, even as the government appealed to them for calling off the agitation, which BJP-backed Bharatiya Mazdoor Sangh (BMS) and National Front of Trade Unions (NFITU) decided to boycott.

While these ten unions claim to have a combined membership of 15 crore workers in public and private sector, including banks and insurance companies, several outfits representing informal sector workers also today announced their support to the strike.

Labour Minister Bandaru Dattatreya, however, said he expects the impact to be minimal.

"I don't think essential services will be affected by the strike. I feel that the impact will not be much. I appeal them to call off strike in the interest of workers and nation," Mr Dattatreya told reporters here.

The union leaders, however, said the strike will affect the functioning of essential services like banking, transport and supply of power, gas and oil.

Countering this claim, BMS said that power, oil and gas supplies will not be affected as a large number of public sector workers in these areas would not participate in the industrial action.

As many as 12 central trade unions had given this strike call over a 12-points charter of demands, including withdrawal of the proposed changes in the labour laws and stopping the disinvestment and privatisation of PSUs.

While as many as ten central unions have decided to go ahead with the strike after their talks with a group of senior ministers last week failed to yield desired results, the BMS pulled out saying the government needed to be given time to fulfill its promises on the basic demands. NFITU will also stay out.

The government also indicated that the talks with trade unions will continue even if they go on the strike tomorrow.

On impact of the strike, Mr Dattatreya said, "The BMS and NFITU are not in the strike. Besides there are 2-4 organisations (unions) which are neutral." He did not reveal the names of the 'neutral' trade unions.

He further said, "We don't want any confrontation with trade unions. The workers' rights and interests are supreme to us. We will continue talks with trade unions even after tomorrow's strike."