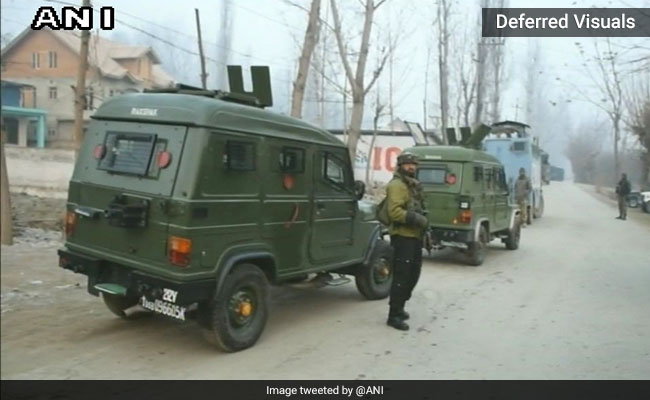 One more terrorist is believed to be killed during an overnight encounter in Pulwama. (File photo)

An encounter started last night based on information about the presence of two terrorists at Samboora village in Pulwama district. Army, police and CRPF launched a joint operation and in the ensuing encounter, a Jaish terrorist was killed.

The slain terrorist has been identified as Noor Mohammad Tantray aka Noora Trali, a resident Tral in Pulwama district. 47-year-old Noora had joined the group in July this year and was involved in an attack on the BSF camp near Srinagar airport in October.

Promoted
Listen to the latest songs, only on JioSaavn.com
"He had become a major headache for us. We launched a joint operation in the village and this morning his body was recovered after a fierce encounter," said Munir Khan, Inspector General of Police.

His killing is being seen as a huge setback to the group.