The building collapse happened about 700 kilometers from the capital Bengaluru. Ambulances have been rushed to the collapse site and about 6 fire engines are on the spot. 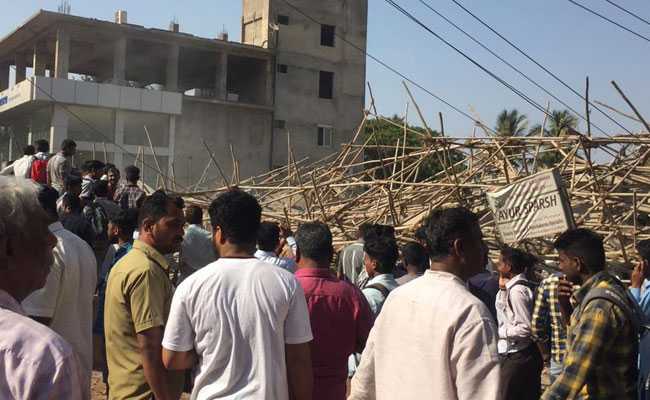 Six people are said to be injured in the building collapse.

Two people have died and about 40 others are feared trapped after an under-construction building collapsed in North Karnataka's Dharwad today afternoon, the police. 15 labourers have been rescued so far. Chief Minister HD Kumaraswamy says he has instructed the Chief Secretary to supervise rescue operations. "Shocked to learn about the collapse of an under-construction building in Dharwad. I have instructed the Chief Secretary to supervise rescue operations. I have also directed the CS to send additional resources and expert rescuers by a special flight to Dharwad," he tweeted.

The building collapse happened about 400 kilometers from the capital Bengaluru. Ambulances have been rushed to the collapse site and about 6 fire engines are on the spot.

Here are the highlights on the building collapse in Karnataka

Mar 20, 2019 04:52 (IST)
Two more people have been rescued from under the debris at the site of the building collapse, says news agency ANI.
Mar 20, 2019 01:49 (IST)
Latest images from the site in Dharwad's Kumareshwar Nagar in Karnataka where an under-construction building collapsed killing two people. News agency ANI reported that 35 people have been rescued so far.

Collapse of an under-construction building in Kumareshwar Nagar, Dharwad: Latest visuals from the spot as the rescue operation continues. 35 people have been rescued so far, 2 people have died. #Karnatakapic.twitter.com/vgYlxYlVik

Mar 19, 2019 19:18 (IST)
Former Karnataka Chief Minister Siddaramaiah on the building collapse
Shocked to hear about the tragic news of people being trapped under the debris of collapsed building in Dharwad. Concerned depts should not compromise on anything during the process of rescue operations, first-aid & rehabilitation of the affected. My prayers with the injured.
Mar 19, 2019 19:05 (IST)
"We think there are still many people alive (underneath). The police still don't have a clear idea... some locals say it is around 15, and some others have said it is over 50,"  Nagesh D.L, deputy commissioner of police told news agency AFP
Mar 19, 2019 18:46 (IST)
Hospitals on alert
Hospitals in the district have been placed on alert and 20 ambulances sent to the accident site, said Dharwad's top medical officer Giridhar Kokinad, news agency AFP reports.
Mar 19, 2019 18:32 (IST)
Update: 15 people have been injured in the building collapse. Three Cranes and 4 JCBs are on the spot
Mar 19, 2019 18:27 (IST)

Visuals from the collapse site show hundreds of locals surrounding the collapsed building. 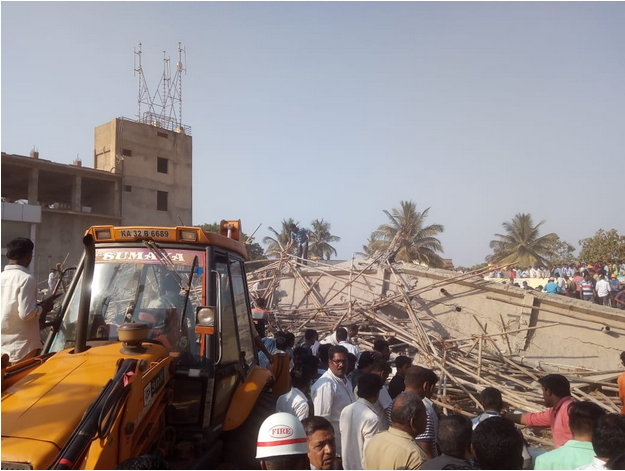 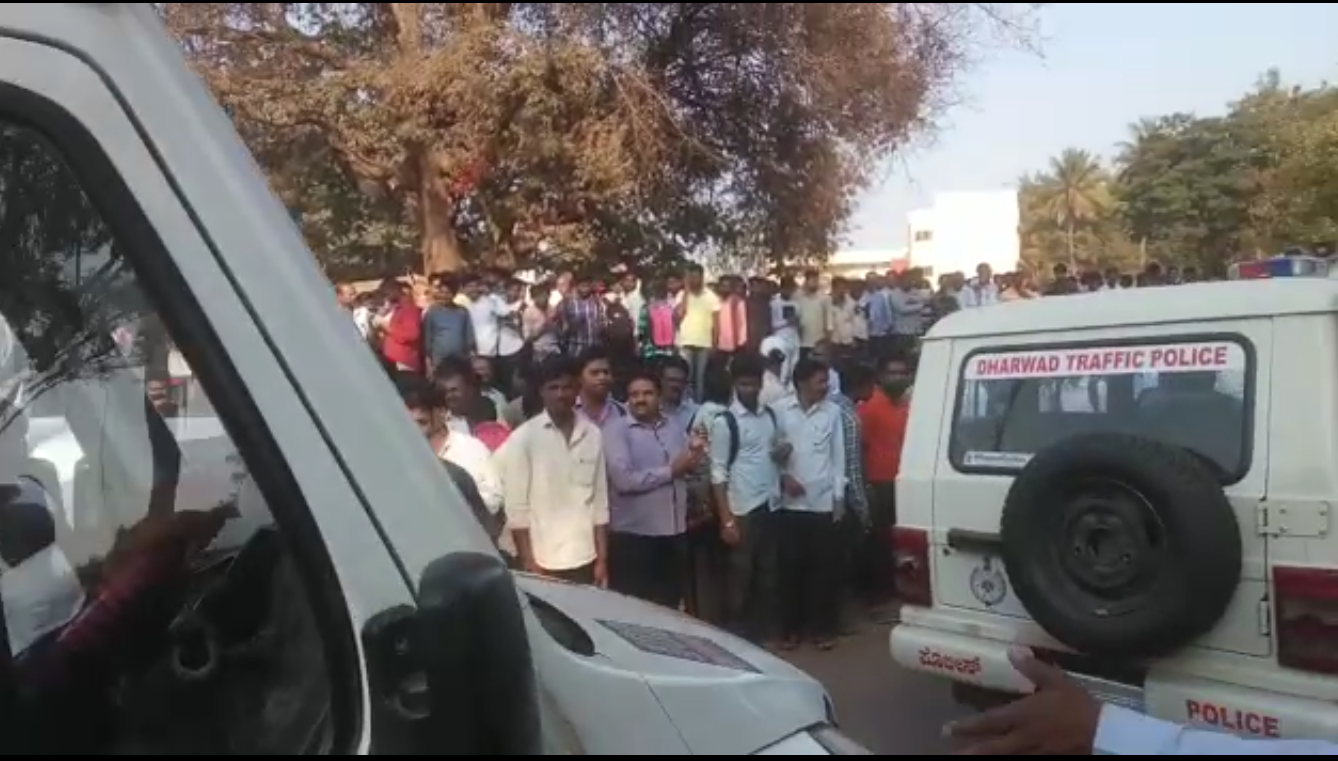