The seven, who came to Delhi from Kabul via Kandahar, were acting as "drug mules" while the two others were facilitators, officials said. 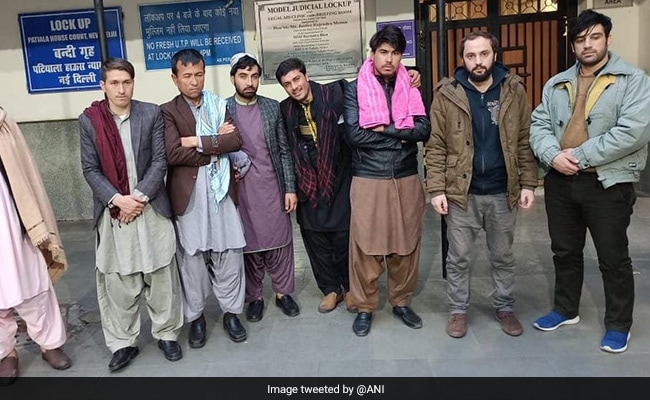 Nine Afghan nationals have been arrested and over 1.6 kg of "high grade" heroin has been seized from them during an international drug syndicate bust, the Narcotics Control Bureau said on Sunday.

The NCB said some of the accused had ingested heroin capsules and seven of them were intercepted on December 28 when they arrived from Kabul while the other two were residing in Delhi.

The seven, who came to Delhi from Kabul via Kandahar, were acting as "drug mules" while the two others were facilitators, NCB Delhi Zone Director K P S Malhotra said.

However, a detail probe is on to identify other persons linked to this syndicate, he said, the NCB operation had begun last month and culminated with the arrest of the nine persons.

Over 1.6 kg high-grade heroin, in 177 capsules, has been seized from them.

They are in judicial custody.

The officer said the accused used medical and tourist visas to enter India.

"The modus operandi of concealment by ingesting drug filled capsules is a commonly used method to traffic narcotic drugs into India. These carriers are known as drug mules in the narcotics parlance," Mr Malhotra said.

The kingpin of the syndicate is suspected to be based in Afghanistan, he said.

The India-based contacts disclosed that the smuggled drugs are sold to contacts operating in Delhi-NCR region, he said.