Over 70 Arrested In Hyderabad University As Protests Flare Up Again

A large group of protesting Hyderabad University students faced police action as they broke through the campus gates.

Hyderabad: Over 70 students were arrested as clashes erupted again today at the Hyderabad Central University, which has seen volatile protests over the suicide of PhD student Rohith Vemula in January.

Students who have been demanding Vice Chancellor Appa Rao's removal were taken away after they broke open the campus gates. The protesters had tried to approach Mr Rao's office past heavy security and barricades.

"Appa Rao has turned the university into a jail. We want Appa Rao to be sacked immediately," a protester said. 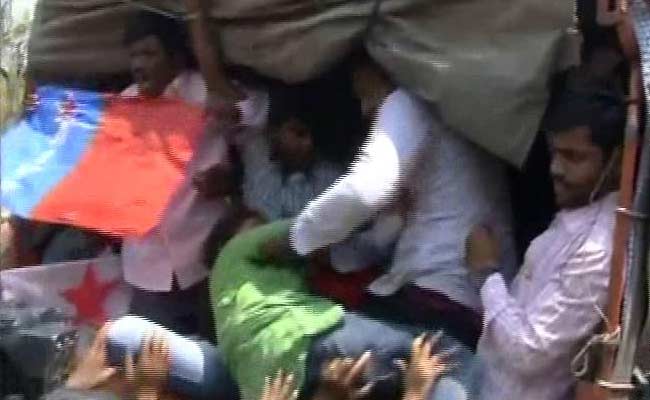 The clashes took place as the university - which has been ranked among the country's best  educational institutions - discussed the appointment of an ombudsman, an anti-discrimination officer and an Equal Opportunity Cell.

Rohith Vemula's suicide has been held up as protesters as an example of deep-seated caste discrimination on campus, which, they allege has been encouraged by the Vice Chancellor.

Students demanded that Mr Rao be kept out of the process to select an ombudsman - as directed by a court - alleging that "he is also under scrutiny" for his role in Mr Vemula's suicide. 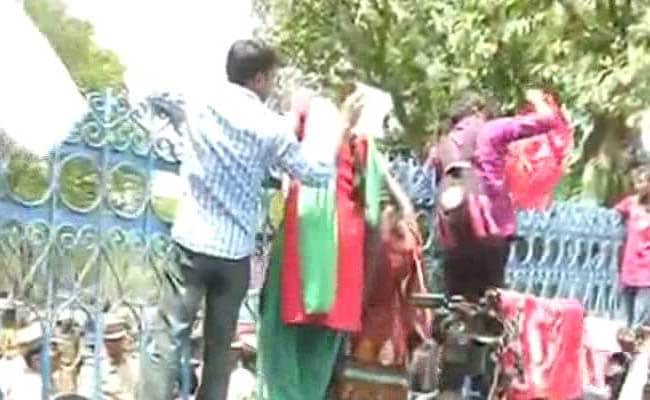 26-year-old Rohith Vemula hanged himself on January 17, days after he was banned from the hostel and other areas on campus over clashes with an activist from a BJP-linked students' group.

Mr Vemula's supporters allege that he was ostracized for being a Dalit. The students have been demanding justice for Mr Vemula and also a law against caste discrimination on university campuses.

Last month, the Vice Chancellor was held hostage for hours by a large group of students. 25 students and two teachers were arrested after the incident, which led to an escalation of protests.
Comments
Hyderabad universityHCURohith VemulaHyderabad Central UniversityHyderabad university protest