On Video, Drunk Man Bashes His 3-Year-Old Son Against Auto In Hyderabad

The Hyderabad man can be seen flinging the child's head at the auto as his helpless mother screams in horror. 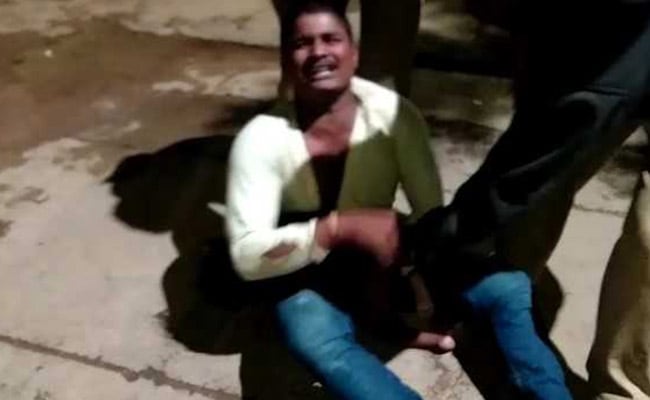 A three-year-old boy was flung on an auto rickshaw by his drunk father in Hyderabad on Monday. Though a case has been registered, the man is absconding, police said.

A disturbing 54-second video shows an auto driver holding his son upside down on his back and walking unsteadily towards his auto.

In a matter of seconds, he can be seen flinging the child's head at the auto as his helpless mother screams in horror. Forty-year-old Shiva Goud then drops his son on the road, picks him up and runs around in circles. Two women and a man can be seen trying to rescue the toddler from his drunk father. He sits on the road clutching his son and refuses to hand him over even as he is being kicked by another man. He is seen pleading with the crowd.

The incident took place at around 2 am in Jagadgirigutta.

The child, who was injured, was taken to Hyderabad's Nilofer Hospital and is out of danger.

"The boy's mother was not ready to give complaint against her husband, but we registered a suo motu case under relevant sections of Child Care and Protection Act and Juvenile Justice Act," police inspector P Srinivas said.

The boy has been handed over to Child Welfare Committee, police said.