Hyderabad: Prime Minister Narendra Modi today invited entrepreneurs from all over the world to "come, make in India, invest in India," to partner in India's growth story. He was speaking at the Global Entrepreneurship Summit that he inaugurated this evening in Hyderabad along with Ivanka Trump, who praised PM Modi for what he is "doing to build India as a thriving economy -- a beacon of democracy -- and a symbol of hope to the world." She also quoted her father, US President Donald Trump, to say that "India has a true friend in the White House."

Speaking at a heavily guarded conference centre, PM Modi said to young entrepreneurs in the country, "Each of you have something valuable to contribute to creating a new India by 2022. You are vehicles of change and instruments of India's transformation."

In her speech, Ivanka Trump, who is an informal adviser to her father, said to PM Modi, "What you are achieving is truly extraordinary... from your childhood selling tea to election as India's Prime Minister."

She said the Indian economy can grow by over US dollars 150 billion in the next three years if it is able to close the gender gap in the labour force by half, calling for better opportunities for women entrepreneurs battling heavy odds around the world.

PM Modi and Ms Trump held their first one-on-one meeting before the summit began. Ms Trump also held a meeting with Foreign Minister Sushma Swaraj. Ms Trump also attended a gala dinner at the Falaknuma Palace in Hyderabad with PM Modi. The dinner was held at the Palace's famous '101 dining table' -- the largest in the world. 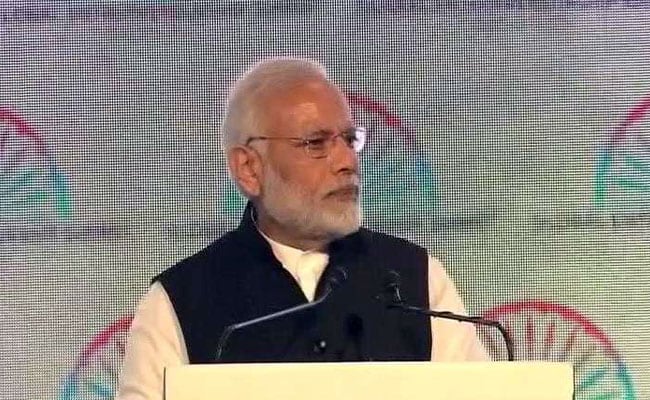 As political and economic ties expand, India has become a major market for the United States, with two-way trade of about $115 billion last year. The two countries aim to raise that to $500 billion by 2022.

Hyderabad has rolled out the red carpet for Ms Trump, who has led a 350-member delegation to the summit. About 10,000 policemen are standing guard. Billboards with pictures of Ivanka Trump dot many parts of Hyderabad, home to major US firms such as Microsoft. Authorities have taken beggars off the streets in a clean-up drive.

Preparations for Ivanka Trump's visit have included traffic restrictions and a beefing up of the numbers of closed-circuit cameras. On standby are sniffer dogs as well as "spotters", or men trained to detect any suspicious activity or people, a senior police officer told Reuters, reflecting the trappings of a visit by a state leader.

Ms Trump landed in Hyderabad at about 3 am last night. PM Modi had invited Ivanka Trump to India during his visit to the White House in the US earlier this year.
Comments
Narendra ModiIvanka Trump