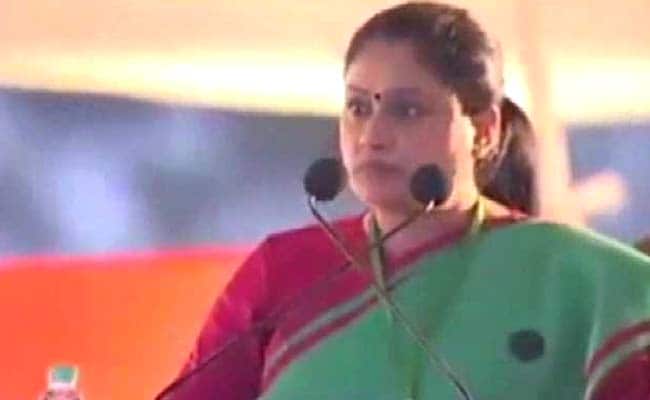 A former Lok Sabha MP from Telangana's Medak constituency, she is also likely to campaign for the party in Hyderabad and Tamil Nadu, where Assembly elections are due next year.

Vijayashanti has been missing in action for the past few months - an indication of the growing divide between the party and a leader who is reportedly unhappy at the treatment she has received. She is expected to leave for the national capital soon and join the BJP in the presence of Home Minister Amit Shah, according to a report by news agency PTI.

She is also the third political leader - after actor Khusboo Sundar - to jump from the Congress to the BJP in recent weeks, with the party beset by internal strife and allegations of failed leadership.

Vijayashanti joining the BJP - a sort of homecoming given she began her political career with them before switching to the TRS and then the Congress - will boost the party's hopes as they go all-out to take control of the Greater Hyderabad Municipal Corporation (GHMC).

The list of senior leaders heading to the BJP is likely to grow, the party's National Vice President DK Aruna has suggested, indicating troubling times ahead for many of their rivals.

Polling for the 150-seat Greater Hyderabad Municipal Corporation (GHMC) will take place between 7 AM and 6 PM on December 1. The ruling Telangana Rashtra Samiti (TRS) of Chief Minister Rao won 99 seats in the 2016 election; the BJP won just four and the Congress two.

This time, however, boosted by the Assembly bypoll result in Dubbak, the BJP hopes to win many more and carve out a space for itself ahead of state elections in 2024.

The party has already sent senior leader Bhupender Yadav - who led them to a strong win in the Bihar election - to lead its charge, and has persuaded Jana Sena chief Pawan Kalyan to campaign on their behalf.

No Water Bills For Hyderabad Households, Says KCR Ahead Of Local Polls