After being shot at, Vikram Goud was rushed to hospital where he is recovering from his injuries. 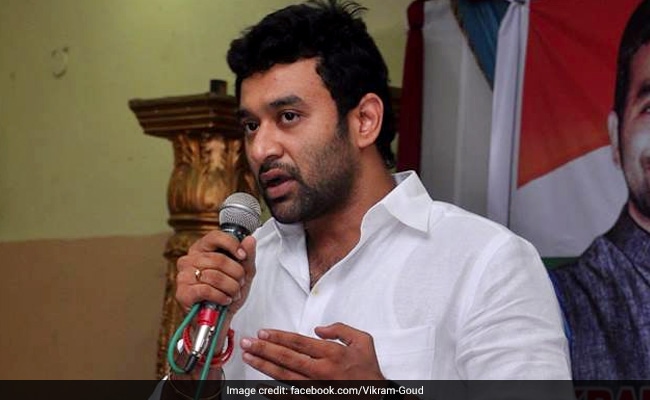 Vikram Goud was at his home in the fancy Banjara Hills neighbourhood when he was shot at.

Hyderabad: Moola Vikram Goud, the son of a former minister in Andhra Pradesh, was shot at least three times early this morning in Hyderabad. Vikram was at his home in the fancy Banjara Hills neighbourhood when unknown assailants fired at him at 3.30 am. He was rushed to hospital where he is recovering from his injuries.

His father, Moola Mukesh Goud, is a member of the Congress and was a minister in the earlier government of YS Rajasekhar Reddy. Vikram Goud is a Youth Congress leader.

Promoted
Listen to the latest songs, only on JioSaavn.com
CCTV footage from his home is being reviewed to identify the gunmen.

"As per preliminary investigation, Vikram and his wife were getting ready to visit a place of worship. Vikram was waiting on the ground floor. Suddenly, his wife heard gun shots and found him lying on the grounds," said A Venkateshwar Rao, a senior police officer handling the case.