Doors, Flat-Screen TVs Taken From Tax Defaulters in and Near Hyderabad

In Telangana, the tax man cometh.

A door from Narsamma's house, a bed from her neighbour Ramachandran's house and an LCD from Kishan's house - all taken away by panchayat officials in the Ramayampet town of Medak district, some 80 kilometres from Hyderabad as punishment for failing to pay property taxes.

Municipal authorities and panchayats in the state are on a determined drive to collect money owed across the state as taxes. Hyderabad's municipal corporation has collected Rs 3,300 crore in revenue in 2014-15, up by Rs 600 crore from the previous year. One third of that came from property tax.

Tough times require tough measures, apparently. Last month, Hyderabad's municipal corporation decided to park trucks packed with stinking, days-old garbage in fancy neighbourhoods to shame those who officials describe as "willful defaulters." Though the corporation threatened to disconnect power and water supply to some homes, the High Court said services not provided by the corporation cannot be discontinued by it.

"There were 6,500 willful defaulters and many were undervaluing their property tax liability... We have been able to get Rs 400-odd crore of these dues," said Somesh Kumar, the Commissioner of the Corporation, to NDTV. 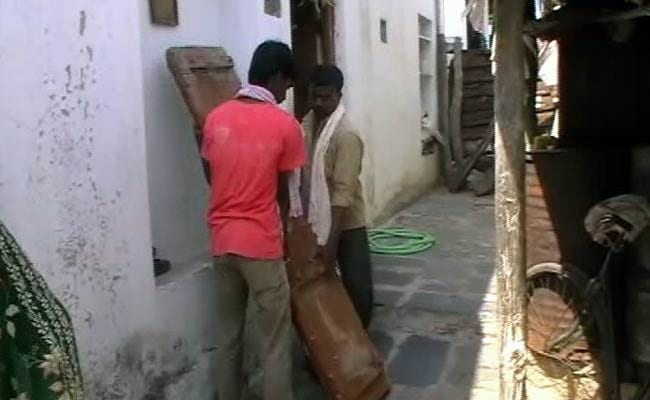 Residents of Ramanthapur, a middle-class locality in Hyderabad, complain that their tax assessments are incorrect; not only are they being over-charged, they allege, but they're also being fined for late payments.

Lakshmamma said she had pawned her mangalsutra to pay tax dues of over Rs 7,000, so that the little shop she runs is not shut down as a penalty.

Promoted
Listen to the latest songs, only on JioSaavn.com
Families being targeted say the removal of their belongings are unnecessarily harsh, and resemble the bullying tactics of musclemen employed by local moneylenders.

There's an easy way to avoid that, countered the Commissioner of the Hyderabad Municipal Corporation - pay your taxes, and pay them on time.