"Daddy Burnt Me When I Was Eating," Hyderabad 4-Year-Old Tells Rescuers

When differences cropped up between the child's mother and her new partner recently, they started venting out their frustration on the child. 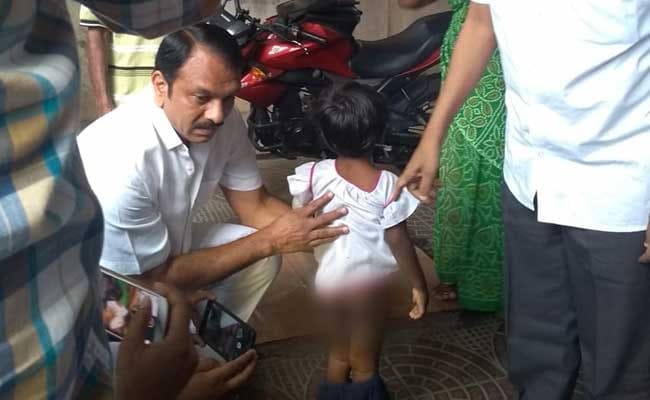 The Hyderabad child was rescued by an NGO after her neighbours alerted a local politician.

A four-year-old girl in Hyderabad was branded with a hot iron spoon, beaten and pinched allegedly by her mother and her live-in partner. The child, who was rescued by activists , has narrated what she went through at home.

"My daddy burnt me when I was eating," she told the workers of a child rights NGO. The rescuers were brought to tears as the child recounted her ordeal.

"My daddy hit me first and pressed the hot iron spoon on me," she told them.

The child was rescued after her neighbours alerted a local politician who then passed on the message to activist Achyutha Rao. A case has been registered against the mother and the partner.

Investigation has revealed the child's mother, a 25-year-old woman, had left her husband and was living with another man. When differences cropped up between the woman and her new partner recently, they started venting out their frustration on the child.

"Yet another instance of a child being targeted and abused because of problem between adults. While a woman has a right to move on after a failed marriage, very often children are becoming inadvertent victims," Mr Rao said.

The four-year-old has been sent to a government-run home for rescued children.