Mustard Oil: The One Cooking Oil Which Is Good For Your Heart, Skin And Much More

Mustard oil not only enhances the taste and flavour of food but it also cures many diseases related to skin, joint, muscles and heart. Here's everything you need to know about the benefits of using mustard oil as cooking oil as well as hair care. 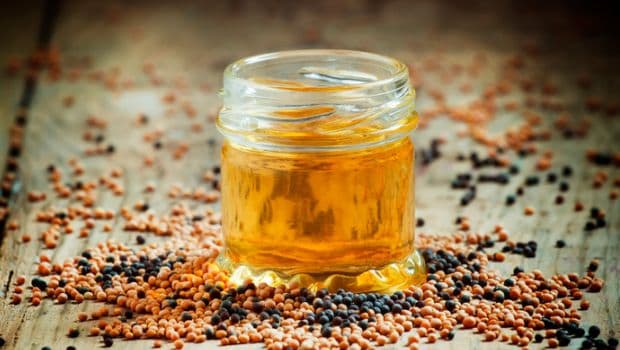 Mustard oil: It's hard to beat for its versatility - as a cooking medium, as a dressing, as a preservative and for body massage. More importantly, it has gained global recognition in the past few years, with its market further segmented on the basis of regions; a recent report by Transparency Market Research indicates growing acceptance across North America, Latin America, Eastern Europe, Western Europe, Asia-Pacific excluding Japan, and the Middle East and Africa.

On the basis of regions, mustard oil has higher market demand in Asia-Pacific region which includes India, Thailand and China due to its huge consumption in food. The North America market is expected to expand with a relatively higher CAGR due to its preference as an essential oil in various industrial applications, the report says.

Also read: Essential Oil Massages Can Strengthen Your Immunity And Remove Toxins From The Body

Vivek Puri, the Managing Director of Puri Oil Mills Ltd which manufactures P Mark Mustard Oil, told IANS, "The surge in the acceptance of mustard oil as a healthy cooking medium would also explain the advent of many multinational corporations in a segment that has traditionally been dominated by SME players. India needs to learn from countries like Malaysia and Italy who have managed to sell their edible oil worldwide, which in return has contributed to their economy. Indian mustard oil has the potential to reduce imports of edible oil and can save valuable foreign exchange. What palm oil is for Malaysia, olive oil for Italy and soya oil for America, mustard oil can be for India." 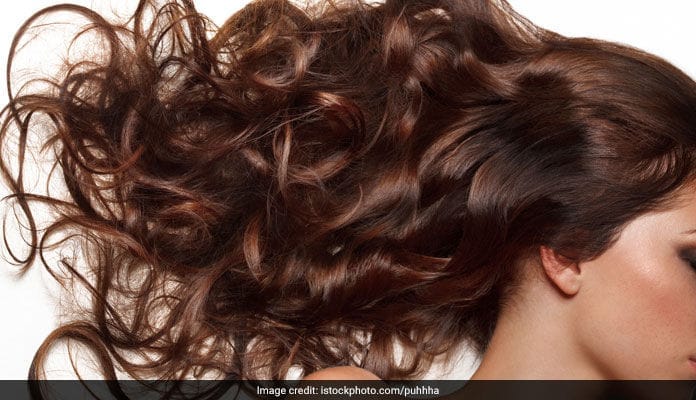 "Mustard oil has both culinary and therapeutic uses. It contains omega-3 and omega-6 fatty acids and has low content of saturated fats. Mustard oil not only enhances the taste and flavour of food but it also cures many diseases related to skin, joint, muscles and heart. In cooking, it is used for marination, in salads, for frying and for the purpose of preservation," Chef Shimomura Kazuya, Head Chef at Megu, the Japanese fine diner at the Leela Palace New Delhi, told IANS.

"A few people avoid it because of its pungent flavour and smell and it takes a while to get used to it. As far as I know, this oil is used in both Lebanese and Mediterranean cuisine. It is sparsely used in daily cooking these days but if used regularly, it's a great product to prepare dishes differently," Kazuya added.

Also read: From Tanning To Acne And Wrinkles, The Many Benefits Of Safflower Oil Will Leave You Awestruck

"Cooking with mustard oil has many benefits; it contains rich amounts of monounsaturated and polyunsaturated fatty acids (MUFA and PUFA) as well as omega-3 and omega-6 fatty acids. These fats are good as they lower the risk of developing ischemic heart disease by almost half. Mustard oil also has cancer-fighting properties. Food cooked in mustard oil enhances its flavour," Rajesh Khanna, F&B Head, The Metropolitan Hotel & Spa, New Delhi, told IANS.

Due to its pungent taste, mustard oil works as a taste enhancer in Bengali dishes like Machher Jhol, Jhal Muri and Muri Ghonto to mention just a few.

"It is a powerful natural stimulant. It improves digestion and appetite by stimulating digestive juices and bile in the liver and spleen. It is seen that while cooking, the oil behaves differently when heated, it changes texture, colour and taste; it also has nutritional properties.

"So, while cooking, we should take care not to overheat it as over cooking may destroy some useful nutrients and form harmful compounds. It is also known to be one of the healthiest oils in the market. It has multi-purpose usage, you use it for cooking, in medicine, or as an ingredient in your beauty routine, and you will not be disappointed," Khanna added.

For those who have grown up or lived in places like Bengal, Bihar, Kashmir, Punjab and Uttar Pradesh, mustard oil is a familiar taste. But in the last decade or so, many non-traditional mustard oil consumers have started using this oil, attracted by a positive buzz circulating across various media and on social media.

Also read: Premature Greying Of Hair And Other Reasons Why Mustard Oil Needs To Make A Comeback To Your Bathroom Shelves

This can be traced to a study conducted jointly by the Harvard School of Medicine, Boston; the All India Institute of Medical Sciences (AIIMS), New Delhi; and St. John's Hospital, Bengaluru. The report was published in the American Journal of Clinical Nutrition.

The initiative examined Indian dietary habits and their correlation with heart disease, and found that the use of mustard oil as the primary cooking medium (particularly for deep frying) could reduce the incidence of coronary heart disease (CHD) by as much as 71 per cent. This made many non-mustard oil consumers sit up and take notice, especially since heart disease was already rampaging through large sections of the population.

Also focusing on the MUFA and PUFA aspects, Arvind Das, Head of Cardiology at Max Hospital, Gurugram, suggested that ground-at-home mustard oil has fatty acids that are important in "getting bad cholesterol" down.

The good old 'sarson ka tel' also has a high smoking point, almost as high as 250 degrees Celsius. What's so good about that?

Because it doesn't burn so easily, it's ideal for Indian cuisine obsessed with deep frying and heating.

"We grew up with mustard oil in our homes. There was the regular 'kache ghani ka tel' (cold-pressed oil extracted from mustard seeds that's good for cooking).

And what would burgers, pizzas and salads be without a dash - or even dollops - of mustard? It's even giving the traditional ketchup a run for its money.

In fact, at many QSRs you'll notice the mustard dispensers being refilled faster than the others.

As for its therapeutic values, mustard oil is considered a natural sunscreen when applied externally; mixed with coconut oil, it makes for a complete head massage; and acts as an anti-bacterial.

At the bottom line, let's not forget that mustard oil has been a perennial hit in the rural areas due to its easy availability and ease of processing.

"Nothing can beat mustard oil when it comes to traditional Indian cooking. Indian cooking takes time and mustard oil is the ideal medium as the food has to stay on the fire for a longer time," Dushyant Singh, who runs the OTH & Rustic Kitchen in Jaipur, told IANS.

Dr Ripen Gupta, a senior cardiologist at Max Hospital in Vasant Kunj, had the last word.

"Consumption of about 600-700 ml of mustard oil per month is ideal. Taken daily, it comes down to one teaspoon a meal. It's good for your heart." Gupta told IANS.

What are you waiting for then? Mustard oil's the way to go!