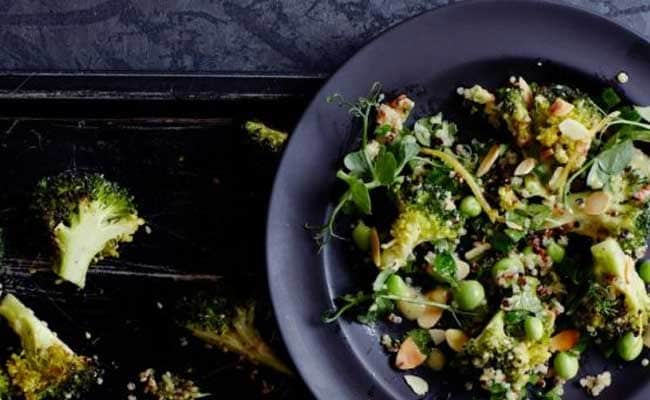 Broccoli stopped too much uptake of fat into the liver by decreasing the uptake and increasing the output of lipid from the liver.

New York: Consuming broccoli three to five times per week may lower the risk of liver cancer and also prevent the development of fatty liver, finds a new study.

According to researchers, including broccoli in the diet may protect against liver cancer and aid in countering the development of fatty liver or nonalcoholic fatty liver disease (NAFLD) which can cause liver malfunctioning and lead to liver cancer with a high mortality rate.

"The normal story about broccoli and health is that it can protect against a number of different cancers. But nobody had looked at liver cancer," said Elizabeth Jeffery from the University of Illinois, US.

"We decided that liver cancer needed to be studied particularly because of the obesity epidemic in the US. It is already in the literature that obesity enhances the risk for liver cancer and this is particularly true for men," Jeffery added.

Previous research suggests that broccoli, a brassica vegetable containing bioactive compounds, may impede the accumulation of fat in the liver and protect against NAFLD in mice.

Researchers wanted to find out the impact of feeding broccoli to mice with a known liver cancer-causing carcinogen.

They studied four groups of mice, some of which were on a control diet or the Westernised diet and some were given or not given broccoli.

"We called this a Westernised-style diet in the study because we wanted to model how so many of us are eating today," Jeffery says.

The findings showed that in mice on the Westernised diet both the number of cancer nodules and the size of the cancer nodules increased in the liver.

But when broccoli was added to the diet, the number of nodules decreased, but the size was not affected.

The researchers found that the Westernised diet did increase fatty liver, but the broccoli protected against it.

Broccoli stopped too much uptake of fat into the liver by decreasing the uptake and increasing the output of lipid from the liver.

Adding broccoli to the diet of the mice did not make them "thin" or affect their body weight, but it did bring the liver under control, ultimately making them healthier, Jeffery noted.