Dussehra 2018: Date, Significance And How To Celebrate In A Healthy, Eco-Friendly Manner

Vijayadashmi or Dussehra will be celebrated on October 19 this year. The festival signifies victory of good over evil. Read here to know how you can celebrate Dussehra in an environment-friendly manner. 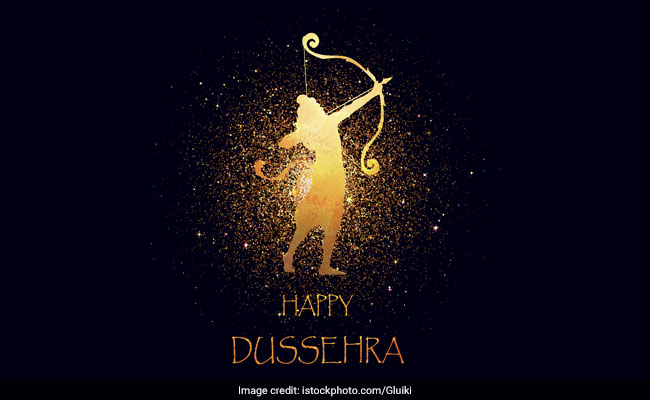 Happy Dussehra 2018: Burning of effigies during Dussehra can contribute to air pollution

Dussehra, also known as Vijayadashmi will be celebrated on the 19th of October this year. 'Vijay' refers to victory and 'Dashami' refers to tenth. This popular Hindu festival, celebrated at the end of Navratri each year, signifies the victory of good over evil. The word Dussehra is derived from the Sanskrit words "dasha" and "hara" which mean "ten" and "defeat" respectively. Dussehra is celebrated on the 10th day of the month of Ashvin, which falls in the Gregorian months of September or October.

Dussehra is celebrated in different ways in different parts of India. In West Bengal, Durga Puja celebrations begin on Sashti or the sixth day of Navratri and continue till Vijayadashmi - when idols of Goddess Durga are immersed in water bodies. It is believed that Durga led a nine day long battle against the demon Mahishasur and killed him on the tenth day. This is why the different manifestations of goddess Durga are worshiped during the Navratri festival each year and the tenth day is dedicated to Durga as Vijayadashmi.

Also read: After Week-Long Navratri Fasting, Here's How You Should Get Back To Regular Eating Routine 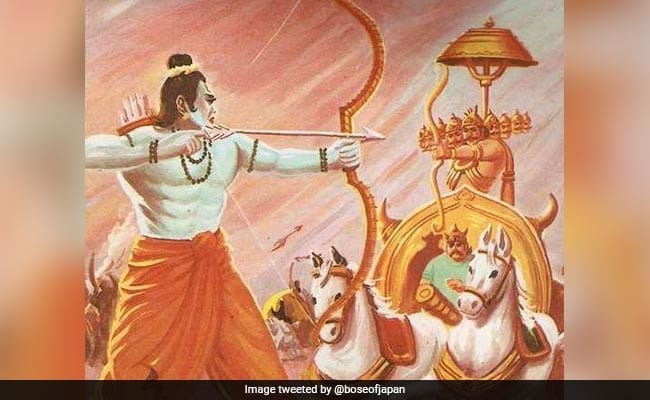 In Mysore, Dussehra is celebrated as Mysuru Dasara wherein the people celebrate Goddess Chamundeswari (an avatar of Goddess Durga) as the vanquisher of Mahishasura. On this day, the Mysore palace is beautifully illuminated and processions are held through the city, with the idol of Goddess Chamundeshwari perched atop an elephant.

In north India, Dussehra celebrations include burning huge effigies of Ravana, his brother Kumbhakaran and his son Meghnad. This is done in order to signify Lord Rama's victory and also the victory of good over evil. Another significant part of Dussehra celebrations is Ram Lilas. Ram Lilas begin some days before Dussehra. People gather in huge numbers to witness plays, musicals and skits revolving around some of the most memorable episodes from Hindu epic Ramayana.

According to Dr Geeta Prakash, a Delhi-based family physician, "burning effigies and fire crackers contribute tremendously to air pollution. Traditionally, Dussehra celebrations have been synonymous with effigy burning but toning that down to some extent is the need of the hour as it can help meet concerns of rising levels of air pollution in the city."

"Burning crackers emit a lot of smoke and this smoke aggravates pollution levels which are already on the rise. People with asthma, chronic lung disease and allergies tend to feel worse during this time of the year," says Dr Geeta.

She also points out how animals get scared with the noise of the burning crackers. "The only problem is that Dussehra celebrations have always been celebrated by burning effigies and crackers. And since we don't get any smokeless crackers here, it would be nicer if crackers were completely avoided."

Speaking on alternatives to burning effigies to cut down the smoke, she says that it can be avoided by lighting a diya under the effigy as part of symbolizing that the effigies are burnt. "However, fighting against tradition is going to be very difficult. We are used to watching the Ravana effigy burn. It is one way in which we have always taught our children about victory of good over evil but efforts have to be made. Another way of controlling burning of effigies can be by limiting the number of effigies burnt in an area. Instances of 6 effigies being burnt in one single locality must be avoided."

"Since the areas where these effigies are burnt gets very dusty, it is difficult for kids to be in such crowded places especially since viral infections, dengue and malaria are spreading," she says. The idea is to maintain a balance by burning fewer effigies and lighting lamps and diyas instead of fire crackers to tone down the celebration and make it environment-friendly.