Drug Resistant TB - What Should You Know

Tuberculosis is one of the top 10 causes of death worldwide and India has the maximum number of cases of this deadly but curable and treatable disease. The World Health Organizations Global Tuberculosis Report in 2016 estimates that there are 79,000 cases of MDR-TB or Multi-Drug Resistance Tuberculosis. This is becoming a serious problem and a big public health issue. 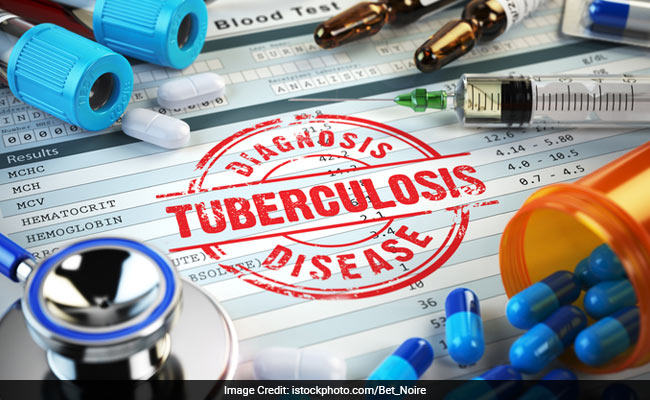 In India, it is estimated that 2.5% of all new TB cases are Multi Drug Resistant-TB.

Tuberculosis is one of the top 10 causes of death worldwide and India has the maximum number of cases of this deadly but curable and treatable disease. The World Health Organization’s Global Tuberculosis Report in 2016 estimates that there are 79,000 cases of MDR-TB or Multi-Drug Resistance Tuberculosis. This is becoming a serious problem and a big public health issue.

Tuberculosis is a disease caused by the bacteria Mycobacterium Tuberculosis. It is spread from person to person through the air. When people affected with tuberculosis sneeze, spit or cough, the bacteria goes into the air and if someone inhales these germs, they can become affected. It usually affects the lungs but can also spread to all other organs of the body.

Symptoms of tuberculosis include cough, low grade fever, night sweats or unexplained weight loss. When a person develops tuberculosis, they can have mild symptoms for many months before being detected with the infection. People affected with HIV are 20 to 30 more times likely to develop active tuberculosis.

An active case of tuberculosis usually can be treated with a standard 6 month course of 4 anti-Tb drugs. Since these medications have been used for many years, new forms of Tb that are resistant to the standard Tb drugs are being seen.

There are multiple forms of Drug Resistant Tuberculosis that includes

Various reasons have lead to drug resistant form of tuberculosis

The DOTS or the Directly Observed Treatment, Short-Course is the standard treatment course used for the treatment of tuberculosis.

The DOTS-Plus the protocol for diagnosis and treatment of MDR-TB. While MDR-TB can be treated and cured using second line drugs, the treatment is extremely complex, expensive and can have severe side effects. The duration for the treatment of this program is two years.

Drug sensitivity tests are specialized laboratory tests used to diagnose MDR-TB. These tests are usually done after patients fail the standard 6 month treatment course. At times, after failing the 6 month treatment course, a 8 month treatment is initiated. If the second treatment fails, then the patient is tested for drug-resistant Tb and put on treatment accordingly.Unfortunately during this time, due to inappropriate treatment regimes, the disease strain may mutate into a highly drug resistant strain which is much difficult to treat in terms of the cost, the longer duration of treatment and the severe side effects. Experts from the TB field are of the opinion that the number may be grossly underestimated and testing for drug resistance at the outset is the way forward.

Promoted
Listen to the latest songs, only on JioSaavn.com
The WHO has developed newly adopted sustainable goals for ending the TB epidemic by 2030 and is also making new guidelines to help curb new forms of drug-resistant tuberculosis.

(Dr.Sonia Lal Gupta is a neurologist specializing in Headache Medicine. She is practicing at Metro Hospitals, Noida and MP Heart Clinic at GK1. Dr Sameer Gupta is a practicing Interventional Cardiologist and Vascular Medicine specialist.They host NDTV’s weekly health segment “Doctors on Call”. To know more about the experience of a person who suffered and fought the battle with Drug Resistant Tb- Watch “Doctors on Call” this week on NDTV 24x7 and NDTV India, Saturdays at 9:15 AM.)