It is estimated that in India, about 160 million women aged 30-59 years are at risk of developing cervical cancer, and 77,300 new cases are diagnosed annually with 37,800 deaths, representing a whopping case fatality rate of 49 per cent. 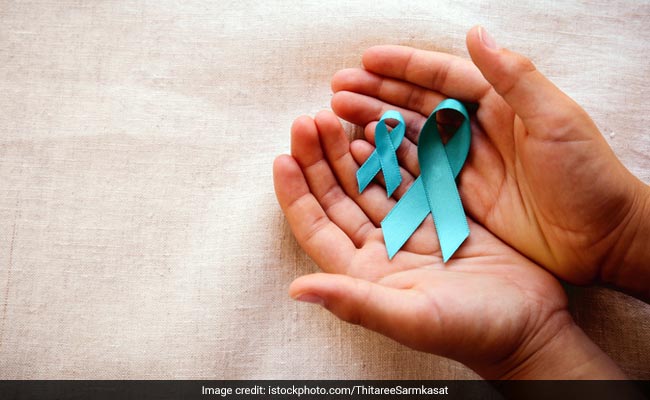 Cervical cancer is the largest contributor to cancer deaths

Premature death and disability from cancer is a great tragedy that hundreds of thousands of women and their families in India and other developing countries face every year. Of the various cancers that afflict women, that of the cervix, a part of the reproductive system, is one of the most common causes of death in a low socio-demographic index (SDI) country like ours.

Numbers related to this condition have their own story to tell.

It is estimated that in India, about 160 million women aged 30-59 years are at risk of developing this condition, and 77,300 new cases are diagnosed annually with 37,800 deaths, representing a whopping case fatality rate of 49 per cent. This stands in sharp contrast to data from developed countries that have effective screening programmes: Cervical cancer is much less common, and the case fatality rates are substantially lower.

Eight out of every 10 women diagnosed and nine of 10 women who die from cervical cancer live in a low- or middle-income country. The reasons for this are not hard to find: Most patients come to treatment facilities when they are in an advanced stage and, therefore, at a higher risk of dying due to the disease. Of those who seek treatment, many do not receive or complete it because it may not be commonly available or the cost is very prohibitive, making it unaffordable.

Because of the sheer magnitude of the burden, control of cervical cancer holds the key to reducing the overall cancer burden amongst women in developing countries.

While we need to step up our efforts to generate and collect representative and accurate data, we also need to introduce or scale up cost-effective and socially acceptable programmes of prevention and early detection and treatment. The George Institute for Global Health, which is affiliated to the University of New South Wales, Sydney, hopes to come up with a prioritised list of recommendations which can help policymakers to galvanise action based on evidence.

This becomes all the more important because this condition is largely preventable and can be cured if diagnosed in the early stages. The standard screening strategy, currently included in the national programme for prevention and control of non-communicable diseases, especially cancer, diabetes, CVDs and stroke in India, involves staining of the cervix with acetic acid followed by visual inspection, and examination of the smear taken in cases that show discoloration.

This strategy, however, has two major problems: First, it requires skilled clinicians to conduct pelvic examinations and collect specimens for testing, and secondly, the considerable stigma, embarrassment and shame associated with pelvic examination limits the acceptability of such screening programmes among women.

Over the last quarter century, knowledge about what causes cervical cancer has evolved, with the recognition of the central role of the Human Papilloma Virus (HPV) infection as a causal agent of this condition. HPV prevalence among cervical cancer patients in India has varied from 90 to 97 per cent.

This has opened up new possibilities for prevention (through effective vaccination programmes) and screening (by testing to detect the presence of HPV DNA in cervical smears).

Primary cervical screening using HPV-DNA testing was recommended by WHO in 2013. It is being introduced in high-income countries worldwide, and pilot projects are ongoing in a number of low- and middle-income countries. The major barrier to its widespread use has been the cost, but with the exponential reduction in the cost of DNA testing technology, it is just a matter of time that it is taken up in a big way.

In the meantime, a strong economic case can be made to ask governments to subsidise the cost of HPV DNA testing and vaccination.

Innovative strategies are also being adopted to overcome the stigma associated with pelvic examination -- vaginal specimens self-collected by women in poor countries has shown excellent performance for the detection of high-risk HPV infection and underlying high-grade cervical disease, compared with clinician-collected cervical specimens. Such an approach needs to be tested in India and has the potential to transform approaches to cervical cancer screening and prevention.

An appropriate response to this eminently preventable cancer should be made an integral part of the women's health policy if India is to achieve universal health coverage as envisaged under the UN's Sustainable Development Goals (SDGs).