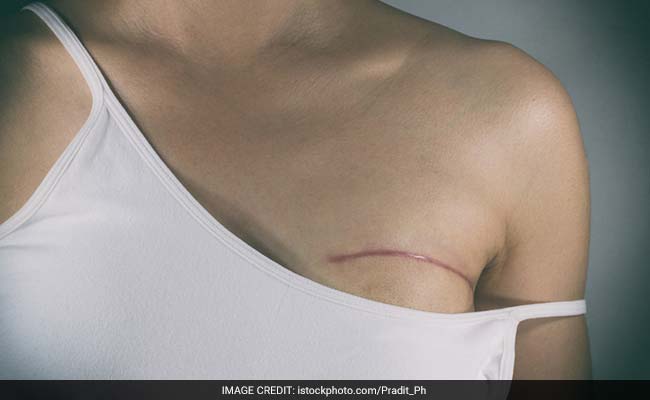 Patients with mastectomy and reconstruction in early stages of breast cancer are nearly twice as likely to suffer complications than those who had a lumpectomy followed by radiation, according to a new study in the US.

US women with early breast cancer are increasingly opting to have their entire breast removed and then reconstructed, but a new Houston study has found the treatment carries a significantly higher price tag and greater risk of major follow-up problems than other options.

A new MD Anderson Cancer Center researchers says that data from more than 100,000 such patients shows those who had a mastectomy and reconstruction were nearly twice as likely to suffer complications than those who had a lumpectomy followed by radiation.

More than USD 9,000 of that cost occurred managing complications.

"This is the first study to quantify the harm associated with the US's rising mastectomy and reconstruction rates as opposed to simpler options," said Dr Benjamin Smith, an MD Anderson professor of radiation oncology and the study's principal investigator.

"The clear takeaway here is that if you're diagnosed with early-stage breast cancer, lumpectomy plus radiation is the best complication profile and value."

"In our conversations with patients, we explain that they can have lumpectomy and whole breast irradiation or mastectomy with or without reconstruction. But we do not have a nuanced understanding of the pros and cons of those different approaches," Smith said.

It's also paramount to understand the differences because over the last decade, the rate of mastrecon has continued to rise in the United States, as reconstruction has become more widely accessible.

Promoted
Listen to the latest songs, only on JioSaavn.com
This study is the first to quantify the harm associated with this trend, says Smith.

Some 140,000 US women are diagnosed annually with early-stage breast cancer and most are eligible for numerous treatment options, including lumpectomy, usually followed by either of two types of radiation, and mastectomy, with or without reconstruction.