Gurugram Family, Attacked By Mob During Holi, To Leave City

Bhondsi, Gurugram: Mohammad Akhtar also alleged that some people of Bhup Singh Nagar and adjoining Bhondsi village were visiting their home threatening them with dire consequences. 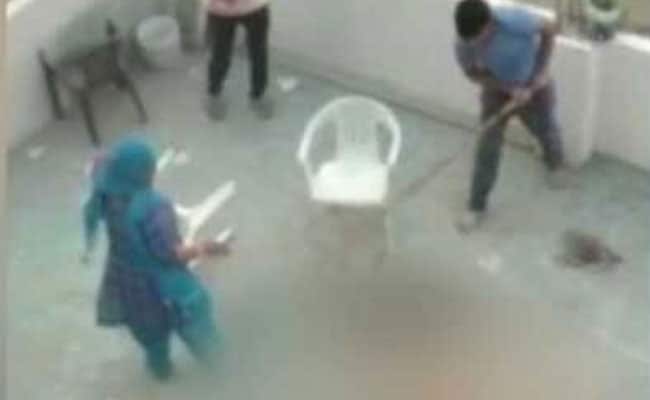 A family that was attacked by a mob in Gurugram's Bhoop Singh Nagar on Holi (March 21) has decided to leave Gurugram and move to Delhi due to "immense pressure, fear and threats".

"We are living under immense fear and trauma since the incident. The families of the alleged youths involved in brutal assault are now putting pressure on us to withdraw the FIR and settle the case, or face consequences," said Mohammad Akhtar, who was present in the house at the time of attack, on Friday.

Mr Akhtar also alleged that some people of Bhup Singh Nagar and adjoining Bhondsi village were visiting their home threatening them with dire consequences and making lewd comments on the women members, all in the presence of police personnel.

"Local MLA Tej Pal Tanwar also visited our house and ensured action against the culprits, but these are mere verbal assurances," he said, alleging that the attack on them was pre-planned to provoke the minority community.

He also said the police had registered a counter complaint against two of their family members for assaulting them.

"We had constructed the house some three years ago to live here in a peaceful manner. Now, the situation is such that we are not even sending our kids to school," said Saveena Begum, another family member.

"The decision to migrate from Gurugram is not as per the wishes of our family. They have not left us with any choice," Ms Begum said.

At least 35-40 people of Bhup Singh Nagar attacked the family on March 21 and brutally assaulted four youth of the family. The incident drew more attention after a video shot on mobile phone went viral on social platform.

Following the altercation over playing cricket, one group barged into the house of Mohammed Dilshad alias Shamshad with batons, hockey sticks and iron rods while others pelted the family with stones from outside, police said.

"We have arrested 10 people involved in the assault and efforts are on to nab others too. The police are not favouring any side," said Subhash Bokan, the Public Relations Officer of Gurugram Police.