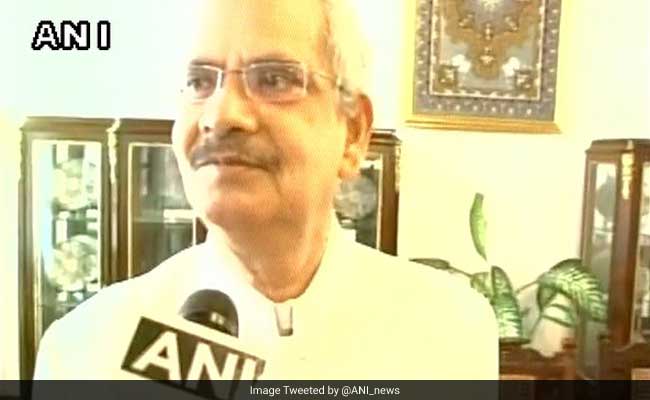 PK Mishra is the new Lokayukta for Goa.

Panaji: Justice (Retd) Prafulla Kumar Mishra was today sworn-in as the new Lokayukta for Goa, after the post remained vacant for three years.

Mr Mishra was administered the oath of secrecy by Goa Governor Mridula Sinha in a function held at the Raj Bhavan which was attended by Chief Minister Laxmikant Parsekar, among others.

"When a person is born, corruption also takes birth with him. To weed out corruption, one needs to be honest and sincere," Mr Mishra told reporters after the ceremony.

He said a total of 16 cases are currently pending before Lokayukta which will be taken up immediately.

Responding to a question about Goa Lokayukta Act, Mr Mishra said he is well versed with Odisha Act (Lokayukta) but is yet to go through the anti-graft ombudsman of the state.

Talking to reporters on the sidelines of the event, Mr Parsekar said he has already told the newly-appointed Lokayukta to "feel free if he has any issues to function."

The post of the Lokayukta was vacant since 2013 when Justice (Retd) B Sudarshan Reddy had resigned citing personal reasons.