Earlier in the day, Manohar Parrikar, 63, attended his office in the state secretariat for first time since August this year. 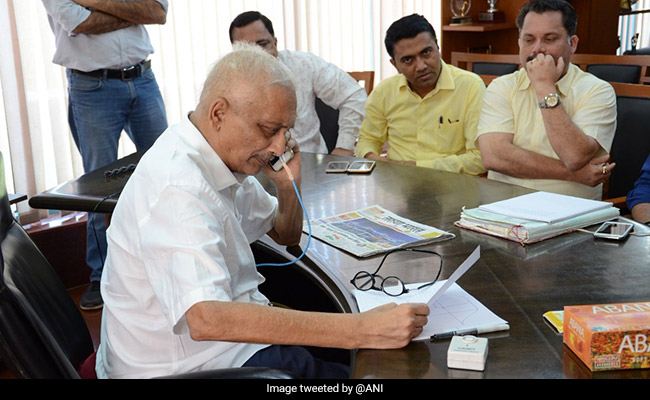 Manohar Parrikar attended office after a gap of four months.

On a day ailing Goa Chief Minister Manohar Parrikar attended office after a gap of four months, the Shiv Sena on Tuesday said "inefficient" ministers should learn from the CM's example.

Earlier in the day, Mr Parrikar, 63, attended his office in the state secretariat for first time since August this year.

"Mr Parrikar's arrival at the secretariat should be taken as an inspiration by rest of the inefficient ministers who have failed to govern the state," said Sena's Goa unit spokesman Rakhi Prabhudesai Naik.

Ms Naik demanded that the government find a solution to the plight of the mining dependent people in the New Year and settles doubts on quality of fish for once.

"Sena also expects that doubts over presence of formalin in fish be cleared once for all and the government certify that the fish being sold in Goa markets is free from formalin," she said.