The accused, identified as Ummaid Pehelwan, was held near the Lok Nayak Jai Prakash (LNJP) hospital in Delhi by a team of Ghaziabad police, an official said. 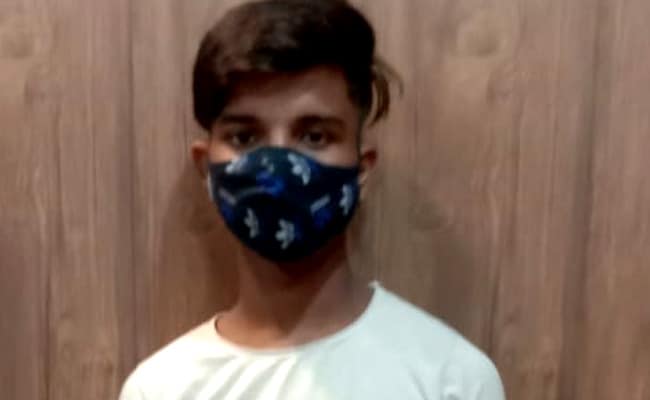 After the Samjwadi Part worker's arrest in Delhi, he is being brought to Ghaziabad, police said.

A Samajwadi Party worker was arrested on Saturday for allegedly instigating an elderly Muslim man to claim in a video that he was beaten up by four youths who also chopped his beard and asked him to chant "Jai Shri Ram" in Loni area of Ghaziabad.

Ummaid Pehelwan Idrisi, who was missing since Wednesday when an FIR was lodged against him at the Loni Border police station, was caught from Delhi on Saturday, a Ghaziabad police official said.

"The accused, identified as Ummaid Pehelwan, was held near the Lok Nayak Jai Prakash (LNJP) hospital in Delhi by a team of Ghaziabad police. After his arrest there, he is being brought to Ghaziabad for further proceedings in the case," Ghaziabad Senior Superintendent of Police Amit Pathak told reporters.

The FIR, filed against Mr Idrisi on the complaint of a local policeman, alleged that he had "unnecessarily" made the video -- in which Abdul Shamad Saifi narrates his ordeal.

It was made with an intention to "create social disharmony" and shared it through his Facebook account, the FIR said.

He was booked under IPC sections 153A (promoting enmity between groups on ground of religion, class etc), 295A (deliberate and malicious acts, intended to outrage religious feelings of any class by insulting its religion or religious belief), 504 (intentional insult with intent to provoke breach of the peace) and 505 (public mischief).

A separate FIR was lodged against him on Thursday evening in Bulandshahr district that charged him and around 100 others with violation of the COVID-19 norms by holding a public gathering on June 16, the officials said.

Bulandshahr resident Saifi, who had made communal allegations in his video on June 14, had earlier on June 7 alleged in a complaint to the Ghaziabad police that he was assaulted by four youths on June 5 after being abducted by them and confined in a room in a secluded field in Ghaziabad's Loni area.

The SSP had also suspected someone behind instigating Mr Saifi to make communal allegations.

Ghaziabad's SP (Rural) had also said the police had already arrested the main accused Parvez Gurjar for being behind the assault on Mr Saifi.

Raja had said Mr Gurjar had a dispute with Mr Saifi over the purchase of a magical amulet from the Bulanddshahr man, who also practised occultism.

Mr Saifi had sold Mr Gurjar an amulet claiming that it would rid him of all family problems but Mr Gurjar had begun facing a spate of troubles after the purchase of the amulet and suspected that all his "misfortunes" were due to the amulet.