Sandeep Mishra, who works as a machine operator at an automobile ancillary company, was upset with Pramod Lodhi - who was his senior - for complaining about his work to seniors, they said. 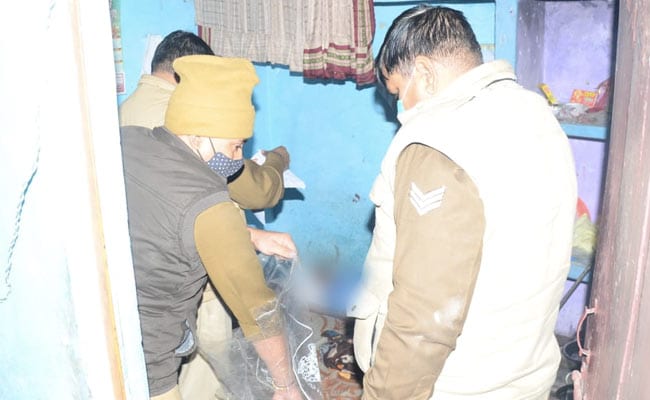 A man invited his colleague for a drink, beheaded him, and then slept next to the body before throwing the severed head at a garbage dump the next day in Uttar Pradesh's Ghaziabad, the police said.

Sandeep Mishra, who works as a machine operator at an automobile ancillary company, was upset with Pramod Kumar - who was his senior - for complaining about his work to seniors, they said.

The crime took place on Sunday; it was discovered on Monday when Pramod Kumar's wife, who stays 300 km away in Kasganj, was unable to contact him and arrived at the house of the accused after hearing that they had an argument recently.

The woman reportedly peeked into the house, saw blood and raised an alarm.

When the police broke into the house, they found the body.

Sandeep Mishra was caught skulking near his house. The severed head and the knife he used were found from a garbage dump 500 metres from his home.

"The wife of the deceased, Meera Devi, who lived in Kasganj, dialed Pramod Kumar several times but couldn't establish contact. She then reached Ghaziabad and visited the house which was locked. Since she knew that Sandeep Mishra worked with him, she visited his house and found the dead body. Sandeep Mishra was apprehended from near his home," Gyanedra Kumar, a police officer, said.

Pramod Kumar and Sandeep Mishra lived close to each other, with their families away. The two had initially bonded as colleagues at the factory. But a recent fight during which Pramod Kumar had blamed Sandeep Mishra for a machine breakdown had soured relations between the two.

On Sunday, Sandeep called Pramod Kumar and invited him for a drink to his room. According to the police, their factory quarrel came up and they started bickering again.

When Pramod was heavily drunk, Sandeep allegedly killed him with a knife and beheaded him. He then slept with the body at night, took the severed head in a plastic bag the next day and threw it in the garbage dump near his home.

He then spent much of Monday hovering near his home but not going in, fearing he would be caught any time.

During his interrogation, Sandeep Mishra told the police that he did not go to the factory and roamed the streets while tracking his house.