Fire Breaks Out At Slums In Ghaziabad, Several Evacuated: Police

Around 200 slums are located in the area. Firefighters have safely evacuated many people residing in the area. 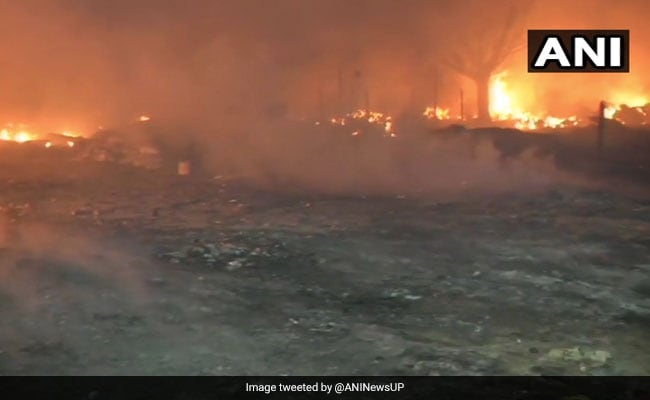 Around 30 fire tenders are working at the site, officials said.

A fire broke out in a slum area in Bhupura Krishna Vihar area of Sahibabad, Ghaziabad, on Tuesday. The police and the fire brigade are on the spot to douse it.

Around 200 slums are located in the area. Firefighters have safely evacuated many people residing in the area.

Around 30 fire tenders are working at the site, officials said.

"The cause of the fire has not been ascertained yet but our priority is to bring the situation under control at the soonest. Many slums have been destroyed in the fire. We have rescued many people and they have been taken to a safe place. We received a call at around 10:00 pm (Tuesday) following which the team of UP Police and fire brigade rushed to the spot," said Superintendent of Police Neeraj Kumar Jadaun.