Prince Harry was captured on camera, sneaking a samosa out of a charity event organised by his wife and Duchess of Sussex Meghan Markle.The event was the launch of a cookbook to support a community kitchen 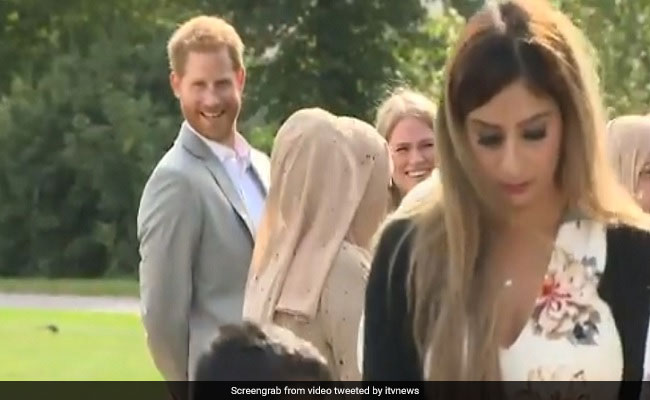 Samosa is one of the most-loved Indian snacks and anyone who's ever tasted the crispy, crunchy and spicy goodness is unable to resist falling in love with the taste. Even the charming and suave Prince Harry couldn't escape the magical pull of the snack and was captured sneaking one out of an event organised by his wife and Duchess of Sussex Meghan Markle. The 34-year-old British Royal was seen smiling sheepishly and trying to escape the camera lens that followed him while leaving the event. The video, that has now gone viral, was shot at the first event organised by Markle as a part of the Royal family, at the Kensington Palace in London. The event was the launch of a cookbook to support a community kitchen where food is prepared for the victims of the Grenfell Tower fire that occurred last year.

The video, that was posted on Twitter and re-shared millions of times, showed Meghan Markle busy with her Royal duties, while Prince Harry very subtly sneaks in and out of the frame and departs with a plate of some snacks behind his back. He is seen carrying the plate of snacks to the car that is meant to take the Royal representatives away from the event. Have a look:

Hungry Prince Harry seems to be taking a snack home after attending the 'Together' cookbook launch with Meghan and her mother pic.twitter.com/Uta8EPB5R8

Well, what can you say? Samosa is life! Besides Prince Harry and Meghan Markle, the prince's mother-in-law Doria Ragland was also present at the event. This initiative is Markle's first solo charity project since marrying Prince Harry earlier this year. The cookbook named 'Together: Our Community Cookbook' brings together recipes from the women who have been tirelessly working to feed the families who were rendered destitute since the Grenfell fire tragedy last year. The proceeds from the sale of the book, will be utilised as funds to run the community kitchen at Hubb Community Center in West London, for all seven days a week.

Currently, the kitchen can only run for two or three days a week, due to a lack of funds. The Royal Foundation has put its weight behind this endeavour and it plans to sell 50,000 copies of the book, which costs $13. Prince Harry and Meghan Markle got married in one of the most talked-about International events of year on May 19, 2018.