A recent Australian based study,, has reportedly found a breakthrough in the relief of deadly peanut allergy. 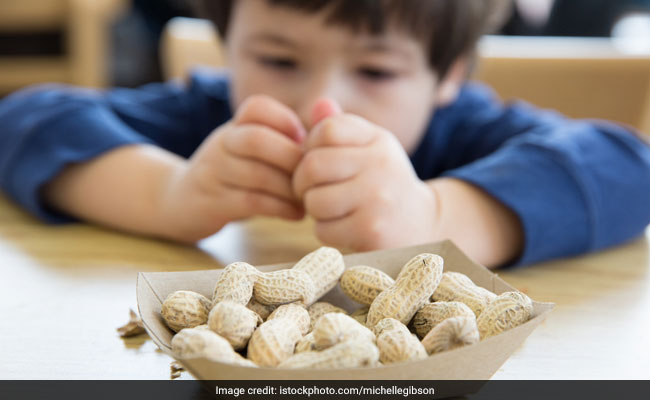 Peanut allergy is a kind of a food allergy to peanuts. It is characterized by allergic symptoms like itchiness, urticaria, swelling, eczema, sneezing, asthma, abdominal pain, diarrhea, and drop in blood pressure. It is different from other nut allergies, and if not treated they can also be fatal in worse cases. A recent Australian based study , published in medical journal The Lancet, has reportedly found a breakthrough in the relief and preventive cure of deadly peanut allergy. The discovery claims to provide a long-lasting treatment, promising a cure that may soon be possible.

Researchers at Melbourne's Murdoch Childrens Research Institute conducted clinical trials on children with peanut allergy. The children were given a probiotic along with small doses of a peanut protein over an 18-month period. In 2013, when the experiment ended, about 80 percent of the kids were found to tolerate peanuts. The findings further revealed, that from four years on, about 70 percent could still eat peanuts without any display of adverse reaction towards them. These children were able to eat peanuts like children who didn't have peanut allergy and still maintain their tolerant state, and remained protected against reactions to peanut.

Researchers claimeds that the study went on to prove that their treatment is safe and effective at inducing long-term tolerance, up to four years after completing treatment. It also indicated that tolerance is a realistic target for treating the food allergy, according to the scientists. Food allergy affects one in 20 children and about two in 100 adults, with peanuts being one of the most foods to cause anaphylaxis, a potentially fatal allergic reaction.

The researchers claimed that this could be major step forward in identifying an effective treatment to address the food allergy problem in Western societies.

About fifty-six children completed the study, with half receiving a placebo and half receiving the treatment, which encourages the immune system to develop a tolerance to the allergy. Researchers are now aiming to confirm the results with a larger study of the treatment that is aimed towards attacking the modern food allergy epidemic.