Pongal 2019: Meaning Of The Ritual Of Letting Rice And Milk Overflow On Thai Pongal

Pongal 2019: On the occasion of Thai Pongal, devotees wake up early and setup clay pots in the open to prepare Pongal- the rice, lentils and jaggery dish that is allowed to spill out from the pot. 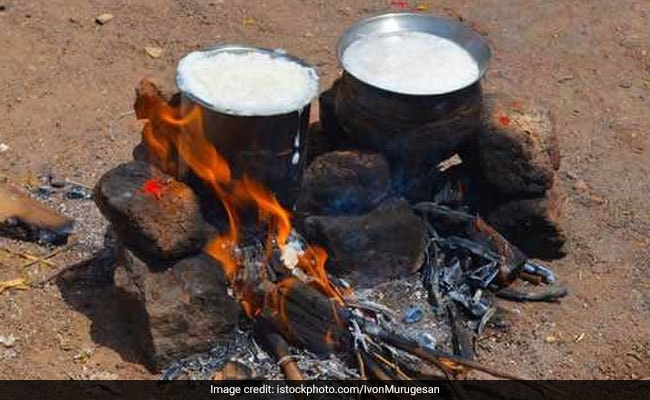 Pongal 2019 is going to be celebrated fromJanuary 15, 2019, that is today, to January 18, 2019. The Tamil festival is celebrated to offer thanks to the Sun God and to commemorate the journey of the Sun northwards. The festival is celebrated in the South Indian states of Tamil Nadu, Telangana and Andhra Pradesh, as well as in countries with Tamil diaspora including Sri Lanka, Mauritius, South Africa, Singapore, Malaysia, etc. The festival is one of the most important ones in the Tamil calendar and has been celebrated for over a thousand years. The festival corresponds to the Sun's move into the 10th house of the zodiac Capricorn or Makara. It is preceded by other Indian harvest festivals of Makar Sankranti and Lohri, which are celebrated in various states of the Indian subcontinent. Food is a central part of these festivals and what unites the three harvest festivals is the use of winter ingredients in their festive foods.

While during Lohri and Sankranti, jaggery, along with sesame seeds, is an ingredient used extensively, even during Pongal, jaggery is used in combination with rice and lentils, in the dish of Sakkarai Pongal. Pongal is a dish that has a number of variants in different states and even countries. In Sri Lanka and some South Indian states, Pongal is even enjoyed as a breakfast dish. But during the festival time, Pongal is prepared in a very unique way- by allowing the contents of the dish to boil and spill out from the pot that they are being cooked in. This practice is linked to a special belief related to Pongal.

Pongal 2019: Why Are Contents Of The Pot Allowed To Overflow?

The preparations for the Tamil festival of Pongal are done in an elaborate process that starts several days before the beginning of the festival. Before the four-day long festival, people decorate their houses with banana and mango leaves and also decorate their front entrances with rangoli or kolam. Elaborate patterns are made on the floors of the house using rice powder and are known as kolam. But perhaps the most important part of Pongal festival celebration is the preparation of Pongal dish. The making of the rice and lentils dish is both a ritual and a tradition, which is to be done in a particular manner. The second day of the Pongal festival- Thai Pongal- is considered to be the most important one. It is on this day that people wake up early and busy themselves in the ritual involving making of the Pongal rice dish.

The ingredients of the dish, which include milk, lentils, rice, jaggery, dried fruits and nuts are all put in new and clean clay pots out in the open. The contents of the pot are then allowed to boil over an open fire, until they overflow. This overflowing of the contents is symbolic of abundance and prosperity and people hope to invite them into the house, by preparing Pongal in this manner. Meanwhile, a member of the household plays a conch shell called 'Sanggu', while others shout 'Pongalo Pongal' to mark the sacred festival. The phrase "Thai Pirandhal Vazhi Pirakkum" is also recited. It translates to 'let this beginning of Thai bring about new opportunities'.

The freshly cooked Pongal is spiced and flavoured with cardamom and topped with raisins and cashews and distributed among family members.