This study in the American Journal of Children and Media tells you why children choose junk food over health food! 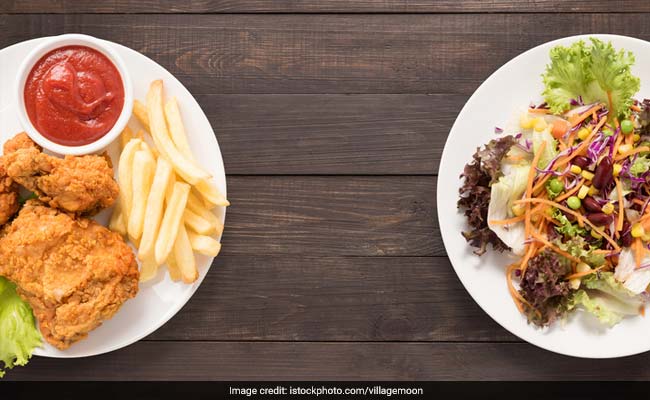 According to a study published in the Journal of Children and Media, children prefer junk snacks over traditional home-cooked food and this choice has been attributed to powerful marketing strategies of multinational corporations that sell processed foods with low nutrition value, as per the researchers. The researchers investigated the link between marketing and media exposure and the preference for international foods and beverages among children in India, Nigeria, Russia, Brazil, China and Pakistan.

For the study, the researchers gather information from about 2,422 children between age five and six years from countries including China, Brazil, Pakistan, Russia, Nigeria and India. The participants were shown pictures of media characters, including both internationally and locally popular brands and they were asked to identify those pictures and characters. The results revealed that over about 60 percent were able to associate Coca-Cola swirl with an image of a soda glass.

According to the findings, the children who easily identified the logos of international food and beverage brands like Kentucky Fried Chicken (KFC), McDonald's and Coca-Cola, were more likely to prefer the processed foods marketed by these international brands.

"Our findings draw attention to the insidious and pervasive nature of marketing and how it impacts children's health," as quoted in IANS by principal investigator of the study Dina Borzekowski from the University of Maryland in the US. "Why would a five year old say that they want a Coca Cola over a lassi? Kentucky Fried Chicken over a stir-fried chicken and vegetable dish made by mom?" Borzekowski said.

Junk food has always been associated with various health risks, especially amongst kids. Here's what junk may do to a child's health-

1. May cause memory and learning problems

As per a study published in the American Journal of Clinical Nutrition, healthy people who ate junk for only five days performed poorly on cognitive tests that measured attention, speed and mood. The study concluded that eating junk food for just five days regularly can deteriorate your memory.

Junk food is mostly loaded with calories and has zero nutritional value. Consuming it may cause weight gain and obesity along with a host of other health problems.

3. Lessens the ability to control appetite

Excess consumption of trans fat found in processed food can send mixed signals to the brain that makes it difficult to process what you have eaten and how hungry you are.