Breast milk plays a vital role in the lives of babies. It not only fulfils their hunger pangs, but also promotes healthy growth of the toddler. Much like mother's love, mother's milk too comes with an array of health benefiting properties. 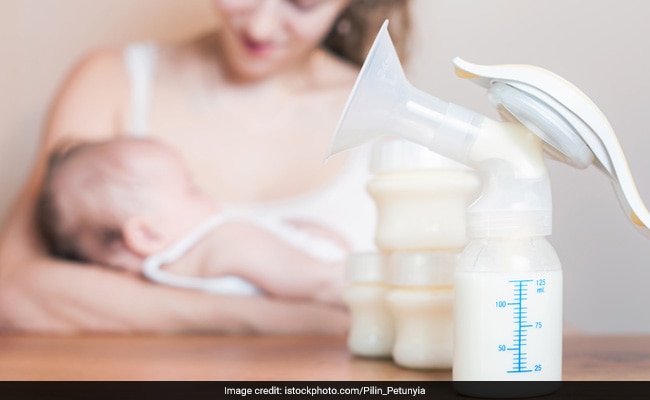 Breast milk plays a vital role in the lives of babies. It not only fulfils their hunger pangs, but also promotes healthy growth of the toddler. Much like mother's love, mother's milk too comes with an array of health benefiting properties, shielding the growing child from numerous infection and problems. According to the study published in the journal Pediatric Research, a mother's breastmilk can help preterm babies to get metabolic boost. Researchers at the Pennsylvania State University in the USA compared breast milk of mothers with babies born prematurely, that is between 28 and 37 weeks gestation and at term, that is after 38 weeks.

The team of researchers examined whether there were differences in the composition of the breastmilk's microRNAs, snippets of RNA that affect gene expression and can be passed to the baby. "We found that there are differences in these microRNA profiles, and that the majority of the altered microRNAs influence metabolism," said Molly Carney, a medical student at Penn State University.

"If those microRNAs are being transferred to the infant that could potentially impact how the newborn processes energy and nutrients," Carney added.

Babies born prematurely are at a major risk of developing host of problems, including failure to thrive and neurodevelopmental delays. The babies also tend to be born at a lower weight than the term infants. Therefore, preterm babies have different nutritional needs than the term babies.

Researchers collected 36 samples of breastmilk from mothers with infants born at term and 31 samples from mothers with babies born prematurely. Then they processed the samples in the lab, extracting microRNAs and comparing them to the human genome to pinpoint the differences between premature and term breast milk. After the analysis was done, they identified about nine microRNAs that were considerably different in the premature breast milk.

They found that these microRNAs target metabolic processes and may help regulate gastrointestinal function and energy use in premature babies.

Promoted
Listen to the latest songs, only on JioSaavn.com
"We know that babies born prematurely have better health outcomes with breast milk than with formula, and our results may explain some of these health benefits associated with breast-feeding," said Steven Hicks, assistant professor at Penn State.