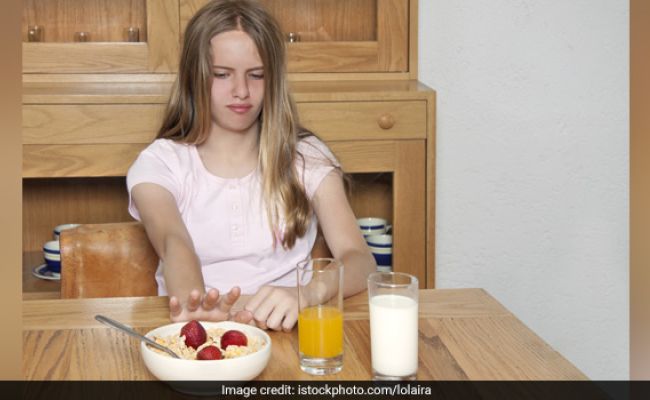 If your child is underweight or malnourished, he/she could be at an increased risk of developing anorexia nervosa in adolescence, revealed a new study. Anorexia nervosa is an eating disorder, in which people are obsessive about their weight due to which they consume very little food. The findings suggested that toddlers as young as age two for boys and four for girls are also likely to be at risk. The findings were led by researchers from the University of North Carolina in the US and were published in the Journal of the American Academy of Child and Adolescent Psychiatry.

The Body Mass Index or BMI is defined as the body mass divided by the square of the body height. According to WHO, if a person's BMI is above 25, he/she is described as overweight. And if it is lower than 18.5, the person is said to be underweight.

The study also said that a persistent high BMI in childhood may be a risk factor for development of bulimia nervosa later in life. Bulimia is a psychological disorder where a person binge-eats and feels the need to purge immediately after. Bulimia patients purge mostly through vomiting.

The researchers analysed 1,502 individuals for the study. Zeynep Yilmaz, Assistant Professor, said that eating disorders maybe psychiatric in nature, but the study emphasises upon the need to assess metabolic risk factors alongside psychological, sociocultural, and environmental components.

"The differences in childhood body weight of adolescents who later developed eating disorders started to emerge at a very early age -- way too early to be caused by social pressures to be thin or dieting," Yilmaz said.

The underlying metabolic factors that are driven by genetics, could predispose these individuals to weight dysregulation, revealed the study. The researchers stressed upon the need to develop early detection tools that could be employed for routine checks by all paediatricians.

Indeed, the earlier the problem is identified, the better it can be managed, especially if support is provided to the family as a whole, rather than just the individual, the researchers suggested.