Holi 2019: Date,Time, Significance And Foods To Celebrate With

This year Holi falls on 20th March 2019. Holi is celebrated on the day of Purnima (the full moon), in the month of Phalguna. 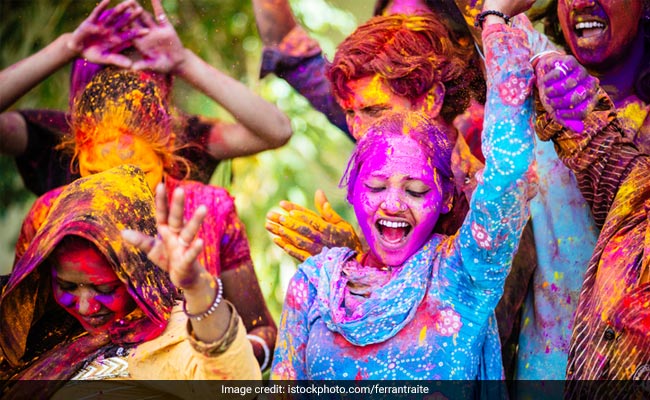 The festival of colours Holi is just round the corner and our excitement knows no bounds. The chilly weather is finally a thing of past and as the pleasant winds of spring takes us in its embrace, we cannot wait for the revelry to begin. If you see across the world, spring is often tied with many festivals; Holi is one such Indian festival that is celebrated mostly in March or February-end. This year Holi falls on 20th March 2019. Holi is celebrated on the day of Purnima (the full moon), in the month of Phalguna over two consecutive days - the first day of Holi is known as Chhoti Holi and the second as Rangwali Holi or Dhulandi.

Holi is one of the oldest festivals of the subcontinent; every region in the country has given the festival its own local flavour. In most parts of the country, people smear each other with powdered colours, get drenched in water, and indulge in toothsome delicacies. In parts like Brij, Uttar Pradesh, the tradition of Lath Maar Holi is very popular, where women chase men out with lathis or sticks in their hands. Later in the day every one gathers together, sing folk songs and feast. The Holi celebrations in Bengal and Orissa are also a vibrant affair. Here people perform on folk songs and play on swings (Dol Jatra). In south India, people make offerings to Kamadeva, the love God of Hindu mythology.

One of the oldest Hindu legends associated with Holi is that of Prahlad and his father Hiranyakashyap. Hiranyakashyap was a mighty ruler who had a special boon from Lord Shiva. According to the boon, no man or animal could kill him; he could not be killed either through the day or night. No weapon, no matter how sharp it is could be used to kill him. Upon getting this boon, Hiranyakashyap began thinking of himself as this invincible ruler with Godly powers. He had a son named Prahlad who happened to be a true devotee of Lord Vishnu, much to his father's disapproval. One day he decided to kill Prahlad and asked his sister Holika for help. Holika had a special boon wherein she could walk out of fire unharmed. She sat with Prahlad in a burning pyre. A while later, it was Prahlad who walked out safe chanting Lord Vishnu's name and the skies echoed of Holika's scream for help. Holika Dahan, thus celebrates the triumph of good over evil.

Delicious Foods To Eat On Holi

Much like any Indian festival, Holi too is high on foodie quotient. One of the staple Holi delicacies is gujiya, a khoya and jiggery-filled fried dumpling. Malpua, the ghee-laden Indian pancake is another fried delicacy people love to relish on Holi. A traditional Holi spread up North is also filled with different eclectic varieties of chaat. Dahi bhalla, chaat papdi, gol gappas are an intrinsic part of Holi celebrations. Among beverages, the milky, nutty and cooling thandai makes sure you are hydrated well for the action-packed day. Kanji, a special spicy and tangy beverage, is also a hit in Holi celebrations across Rajasthan and Gujarat.