A new research study by the Institute for Stem Cell Biology and Regenerative Medicine (inStem), Bangalore and University of Louisville in the US, has indicated that pomegranates may help reduce IBD and even provide protection against it. 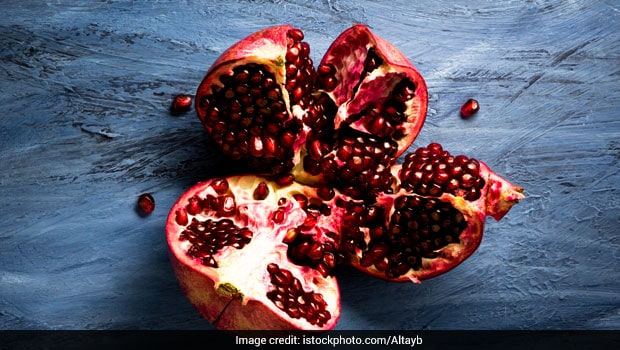 Inflammatory Bowel Diseases (IBD) is a term used to refer to a number of illnesses characterised by inflammation in the digestive tract. The two most common types of IBDs are Ulcerative Colitis and Crohn's Disease. IBD is a chronic condition for which patients are likely to need treatment throughout their lives. Not just that, IBD patients may also have to regulate their diets to manage their condition. Berries, fruits and tart cherries are said to be some of the foods that may be included in an IBD diet. However, a new research study by the Institute for Stem Cell Biology and Regenerative Medicine (inStem), Bangalore and University of Louisville in the US, has indicated that pomegranates may help reduce IBD and even provide protection against it.

The team is said to have identified a particular microbial metabolite called Urolithin A (UroA), which is said to be instrumental in reduction of IBD symptoms. Urolithin A is found in pomegranate and berries, making these foods ideal dietary additions for those suffering from IBD. The study was published in the journal Nature Communications. IBD is said to affect millions of people worldwide and chronic intestinal inflammation is a hallmark of IBD. It is caused by toxins that are leaked out after gut barrier integrity, maintained by junction proteins, is compromised. Urolithin A is said to alleviate symptoms of IBD, by increasing the proteins that are responsible for tightening cell junctions of the single-cell epithelial layer, thereby mitigating inflammation in the gut.

However, the naturally occurring microbial metabolite in pomegranate has a stability limitation, which the researchers reckon may be overcome by using a synthetic analog. In previous pre-clinical studies conducted on the efficacy of the metabolite in reducing IBD has shown that oral administration of the naturally occurring UroA or even its synthetic version may reduce inflammation in the colon, in cases of acute or chronic colitis. But thus far, the metabolite was only thought to help IBD patients, due to their anti-inflammatory effects. This is the first time that research has ascertained Urolithins' role in repairing the dysfunction of the gut barrier.