Regular exercise may decrease the risk of falling for older adults who have Alzheimer's disease and mental health challenges, revealed a new study that published in the American Journal of American Geriatrics Society. 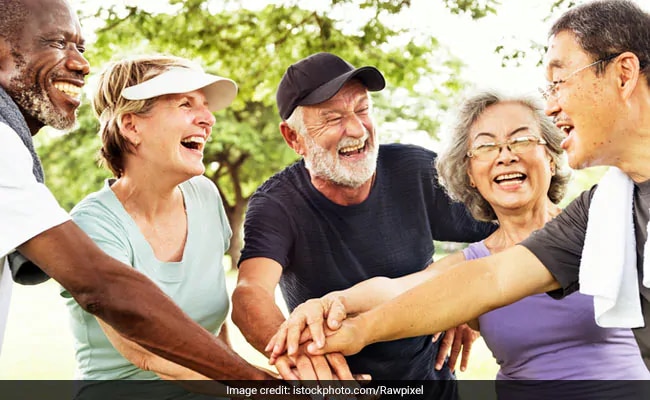 Regular exercise may decrease the risk of falling for older adults who have Alzheimer's disease and mental health challenges, revealed a new study that published in the American Journal of American Geriatrics Society. Alzheimer's disease (AD) is a progressive disease that could destroy memory and other important mental functions. It often happens in old age. In fact, it is one of the most common conditions faced by elderly people across the world. People with AD and other forms of dementia have difficulties performing the daily activities.

Previous studies have shown that people with AD/dementia also have twice the risk of falls compared to people without dementia. About 60 per cent of older adults with dementia fall each year.

A research team decided to explore whether exercise could reduce the risk of falling among community-dwelling people with AD who also had neuropsychiatric symptoms.

For the study, researchers reviewed a study that investigated the effects of an exercise program for older adults with AD (the FINALEX trial). A range of people living with different stages of AD/dementia and with neuropsychiatric symptoms, were included in the study.
The researchers learned that the people who exercised had a lower risk of falls than those who didn't exercise. There was also a higher risk for falls among those who had lower scores on psychological tests and who didn't exercise.

Alzheimer's Disease is a brain degenerative disorder, the cure for which is still not known. Patients have to resort to medication and counselling for managing the symptoms. But off late there have been many studies that have shown that some dietary tweaks may play their own role in managing the symptoms better.

Here are 4 foods that may prevent onset of Alzheimer's disease.

1. Omega-3 fatty acids: Foods rich in omega-3 fatty acids like flaxseeds, walnuts and fatty fish are known to be good for your brain and its functions. They also help in countering inflammation.

2. Turmeric: Our good old haldi is a wonder spice. According to studies, people who consume turmeric on a regular basis have shown better brain performance than those who don't. Use it in curries or dissolve some in your glass of milk and drink daily.