A study conducted by a group of researchers from the Netherlands says that consuming too much red meat can increase accumulation of fat in the liver and raise risks of Non-Alcoholic Fatty Liver Disease. 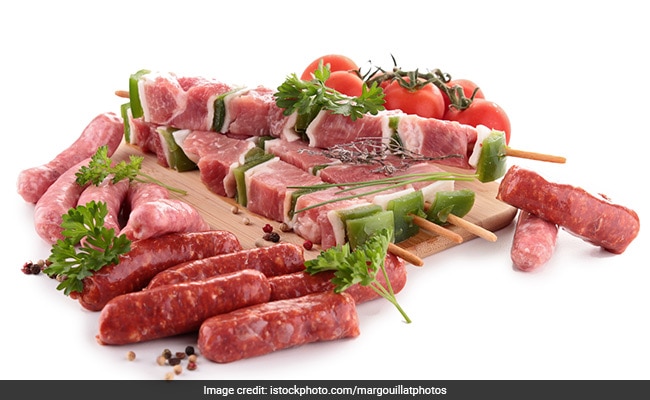 Red meats like mutton and beef may be delicious, but they aren't very healthy and a number of health experts recommend keeping the intake of red meats to a minimum. A study conducted by a group of researchers from the Netherlands says that consuming too much red meat can increase accumulation of fat in the liver and raise risks of Non-Alcoholic Fatty Liver Disease (NAFLD). The study said that people who consume excessive animal protein are more likely to have fat in their liver, as compared to those who consume plants or plant-based foods to meet their protein requirements. The results of the study, which were collated from liver fat scans and data from dietary questionnaire from 3,882 adults, were published in the journal Gut.

The average age of the participants was 70 years, which means that the results apply to the elderly. The study was titled, "Association of dietary macronutrient composition and non-alcoholic fatty liver disease in an ageing population: the Rotterdam Study". The objective of the study said, "A healthy lifestyle is the first-line treatment in non-alcoholic fatty liver disease (NAFLD), but specific dietary recommendations are lacking. Therefore, we aimed to determine whether dietary macronutrient composition is associated with NAFLD." Participants were assessed on the average consumption of macronutrients using a food frequency questionnaire and NAFLD presence using ultrasonography. It was found that NAFLD was present in 1,337 participants, of whom 132 were lean, while the rest were overweight.

The study found that overweight participants who ate the most animal protein were 54 percent more likely to have NAFLD than those who consumed less proportion of meat. More importantly, the study showed that the results were independent of the caloric intake of the participants. The participants found without fatty liver disease consumed an average of 2,052 calories a day, while those who had fatty liver disease consumed much less calories. People with NAFLD got more number of their total calories from protein.

The study said in conclusion, "This large population-based study shows that high animal protein intake is associated with NAFLD in overweight, predominantly aged Caucasians, independently of well-known risk factors." The authors of the study recommended that the consumption of red and processed meat be limited to just once or twice a week and red meats be replaced with whole grains, fish, vegetables and healthy fats like olive oil.