Eating Breakfast May Not Help You Shed Weight: Study

According to a recent study, published in the journal BMJ, eating breakfast may not help promote weight loss. 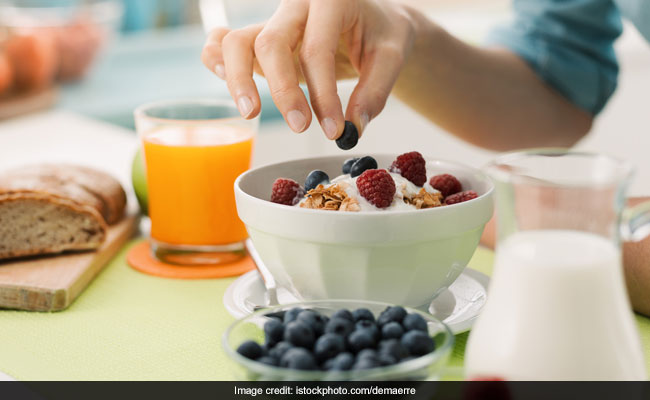 According to a recent study, published in the journal BMJ, eating breakfast may not help promote weight loss. Yes, you read that right! If you happen to skip your meals in a day after eating a hearty breakfast, thinking that it might help you in your weight loss journey, then you probably need to rethink. In a lot of previous studies, consumption of breakfast was linked with maintaining of healthy weight; however, the researchers of the latest study did not find any good evidence to support this idea.

A team from Monash University in Melbourne analysed the effect of regularly eating breakfast on weight change and daily energy intake. As per the findings of the study, the total daily energy intake was found to be higher in groups who ate breakfast compared with those who skipped it regardless of their usual breakfast habits. The ones who skipped breakfast were found to be 0.44 kg lighter on an average. Apart from higher intake of calories, it was also observed that skipping breakfast does not cause greater appetite later in the day.

The researchers of the study aimed to stress upon previous studies that claimed eating breakfast may help with weight loss; however, no significant difference was observed in metabolic rates between breakfast eaters and skippers. However, the effect of breakfast on weight did not differ between people with normal weight and those who were overweight.

Study authors argue that "currently, the available evidence does not support modifying diets in adults to include the consumption of breakfast as a good strategy to lose weight."

"Although eating breakfast regularly could have other important effects, caution is needed when recommending breakfast for weight loss in adults, as it may have the opposite effect," they conclude.