Dhadak's First Look Release: Here's How Ishaan Khattar's Been Working Up Those Abs

The first look of Ishaan Khattar's, Dhadak released yesterday.Dhadak marks Ishaan's debut in Bollywood. Here's a sneak peek into the fitness and diet secrets to his fab body. 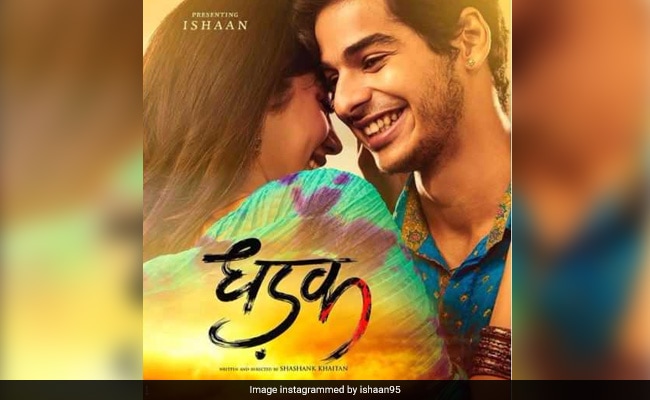 While actor Shahid Kapoor is busy promoting Padmavati, probably his toughest film till date, Wednesday evening was slightly special for the actor and no this time it wasn't about his upcoming period drama, but his little brother Ishaan Khattar who is all set to foray into the Hindi film Industry with 'Dhadak', co-starring actress Sridevi's daughter Jahnvi Kapoor. Produced by Dharma Productions, and directed by Shashank Khaitan of Badrinaath ki Dulhaniya fame, Dhadak is touted to be the remake of the Marathi blockbuster 'Sairat'. Actor Shahid Kapoor, and producer Karan Johar took to social media and shared the first poster of the film on Wednesday evening.

Actor Sonam Kapoor, Anil Kapoor and Varun Dhawan extended their wishes to the debutantes. Ishaan and Jahnvi's chemistry was immediately the talk of the town. Incidentally, this isn't the first time Ishaan has faced the cameras, he has already done a film called 'Beyond the Clouds' with ace Iranian director Majid Majidi. The film got many acclaims in international film. Khattar has close to 97k followers on Instagram already, and a peek into his handle convinces us he is a star in the making. Well, he already has that perfect body and those washboard abs of a quintessential Bollywood hero. Here's what he has been doing to keep up with his fitness and diet.

Khattar's love for 'Nariyal Pani' is both adorable and relatable in equal measures. Did you know that coconut water consists of various vitamins and minerals that help replenish the electrolytes in the body. It hydrates your body and keeps you fresh through the day.

That's him being all glee as he cycles to work.

Him climbing upside down on a bar is visibly doing wonders for those abs.

That's him with the crew of 'Beyond the Clouds' celebrating the last day. We wonder what was on the menu.

Ishaan enjoying a quick meal with his clan in Bhutan

The fitness freak has his binges too. That meaty burger on his plate has us all swooning.

We won't mind a sip of that yummy Kulhad Coffee!

"Boost is the secret of his energy

For me personally it's organic laddoos", he captions one of his images. Hmm, is anyone taking notes?

Here's wishing you all the luck for 'Dhadak' Ishaan!