Zoya made her debut as a director with Luck By Chance, which starred Farhan in the lead 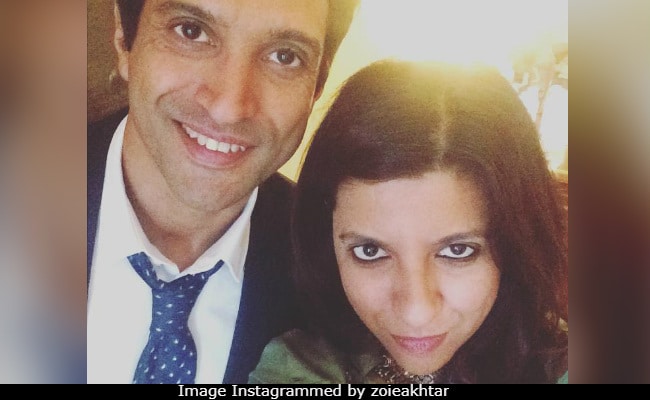 New Delhi: "Pieces of my life, no matter how scattered, are being stitched together and reflect in my work," wrote 45-year-old filmmaker Zoya Akhar, in a Facebook post for Humans Of Bombay, a blog known for sharing powerful real-life stories on social media. Zoya is the elder of Javed Akhtar and his first wife Honey Irani's two children. Farhan Akhtar is Zoya's younger sibling, with whom she's worked in several of her films. Javed Akhtar and Honey Irani divorced in 1984, 12 years after Zoya was born, after which he married Shabana Azmi. Talking about her most cherished memories with her family, Zoya continued: "The biggest piece is my family... From watching films like The Godfather on our dining room wall, to having a great relationship with my sibling. Or going on weekend trips with our cousins to the beach and eating all day... it's been a crazy childhood; a 'bohemian one'."

Zoya made her debut as a director with Luck By Chance, which starred Farhan in the lead and fetched her the Filmfare Award for Best Debut Director. Her next, Zindagi Na Milegi Dobara was also critically acclaimed and had a stellar cast including Farhan. Next arrived Dil Dhadakne Do and no surprises to have seen Farhan in its star-studded cast as well. Zoya also assisted her brother Farhan in Dil Chahta Hai, which was his debut film as a director.

Zoya also opened up about her "biggest challenge" and revealed how that helped her become the personality she is today: "My biggest challenge was when I had my first panic attack at 27. It's not something you can ignore, you can't sit around and get sucked into a rabbit hole. I chose to get help immediately. It took a while to work things out but I am fine now. You realize you have to become aware of your inner monologue. The things you say to yourself. This raised my consciousness so it was vital to my growth, I would say."

Read more about her idea of a "perfect film" and how Van Gogh's Starry Night had made her cry in her Humans Of Bombay post here.

Zoya Akhtar is currently busy with Gully Boy, in which she directs Ranveer Singh and Alia Bhatt. It is expected to release next year.