You Won't Believe Who is Trolling Twinkle Khanna and For What 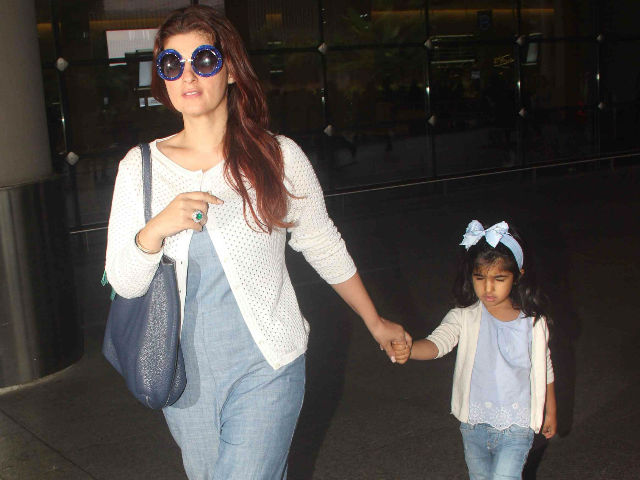 Twinkle photographed at the Mumbai airport with her daughter Nitara.

New Delhi: Twinkle Khanna has held forth in the recent past on the trials of living with her name. She blames her mother, actress Dimple Kapadia, but all is not quiet on a separate family front.

Getting trolled by the baby about my name-'Twinkle Twinkle If you are a little star why don't you live in the sky' Good grief !

You have our sympathies, Twinkle Khanna.

The 42-year-old columnist and author revealed last year that she had been named 'Twinkle' in one of her mother's lifelong attempts to embarrass her. "My other names could have been Sparkle and Sprinkle. We don't ask my mother for names," Twinkle Khanna said that the launch of her book Mrs Funnybones last August.

Nitara, who has clearly inherited her mother's cutting wit, is rarely spotted in her parents' social media mentions. Twinkle and her husband, actor Akshay Kumar, have fiercely guarded the privacy of their two children, little Nitara especially so.

When the heavens open,only my daughter can make it feel like a heavenly day!Love her 2 the moon & back #SundayFundaypic.twitter.com/WjI0y2PlAh

Twinkle Khanna and Akshay Kumar married in 2001 and are also parents to teenaged son Aarav.