You Can Expect Trisha Krishnan in Tamil Remake of Kangana's Queen 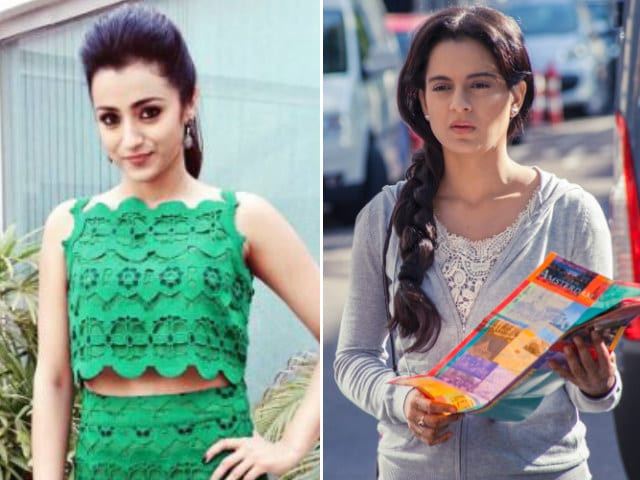 The image on the left was posted on Instagram by actresstrisha.

"The makers have once again initiated talks with Trisha. The project requires bulk dates and Trisha already has two projects in her kitty. She is figuring out how she can set aside dates that will require her to shoot abroad for a long schedule," the source told IANS.

Veteran actress-filmmaker Revathi, known for making films like Mitr, My Friend and Phir Milenge, will direct the yet-untitled remake.

Queen follows the story of a young Punjabi girl, played by Kangana Ranaut, who embarks on her honeymoon to Paris alone after her fiance calls off the wedding.

Actress Suhasini Mani Ratnam has been roped in to write the dialogues for the project. The remake will be produced by Thiyagarajan.