Read inOther Languages
This Article is From Oct 14, 2018

Ekta Kapoor just made the big revelation on social media 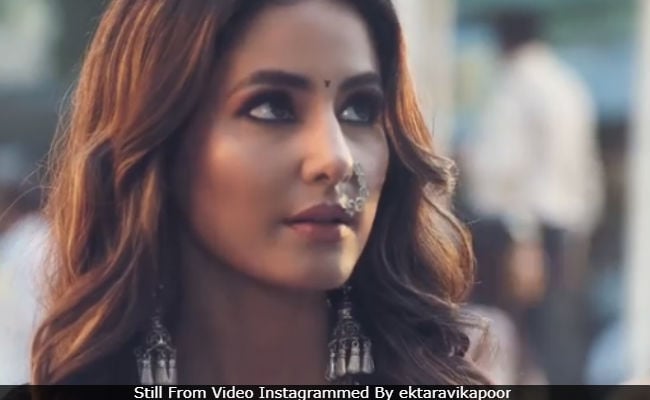 'Who's the new Komolika?' was the most-asked question, soon after Ekta Kapoor announced the sequel to her 2001 hit show Kasautii Zindagii Kay. The only name that cropped up was that of actress Hina Khan and guess most of us were right. Yes, Hina Khan is playing Komolika in Kasautii Zindagii Kay 2, starring Erica Fernandes as Prerna Sharma and Parth Samthaan as Anurag Basu. Ekta Kapoor just made the big revelation on social media by sharing a video of Hina as Komolika and introduced her role as, "Bihar ka bewagpan aur Bengal ki adaa... Welcome Hina Khan as KOMOLIKA." This will be Hina's first negative role on small screen. For over eight years, she played the most-loved bahu in Yeh Rishta Kya Kehlata Hai.

Please welcome Hina Khan aka Komolika. "So, the adventure begins," she wrote.

Urvashi Dholakia played Komolika in Kasautii Zindagii Kay, headlined by Shweta Tiwari and Cezanne Khan. Earlier this week, Ekta Kapoor shared the introductory video of Urvashi from the previous show and wrote, "A final bye before we bring the ne ... to the vamp extraordinaire! Urvashi Dholakia that swag will be missed."

A final bye before we bring the new ... to the vamp extraordinare! @urvashidholakia9 that swaaag will b missed!!! Naykaa ( means nakhra in Bengali)

Ekta had introduced Komolika's character on Kasautii Zindagii Kay 2 some time ago, but didn't disclose the name or the face of the actress playing it. Meantime, Urvashi Dholakia had confirmed that Hina Khan is the new Komolika.

Kasautii Zindagii Kay 2 went on air last month. The roles of the primary characters are strikingly similar to the previous show.