Yes, Diljit Dosanjh Is A Part Of Anushka Sharma's Kaneda 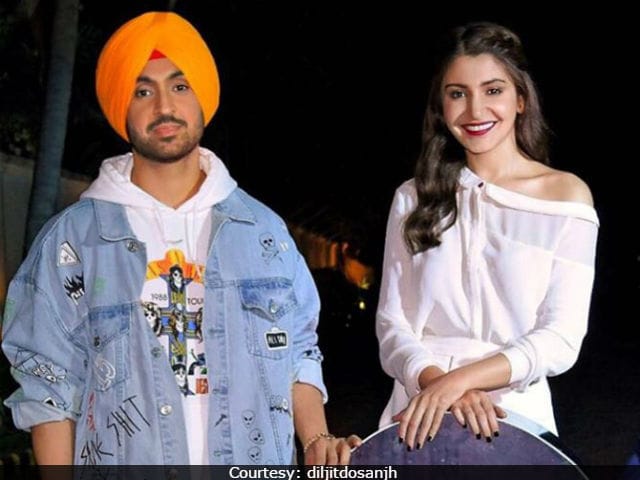 New Delhi: Actor-singer Diljit Dosanjh, who is currently enjoying the success of his last film Phillauri, will next be seen in Kaneda, reports DNA. The film also stars actress Anushka Sharma, his Phillauri co-star. Diljit told DNA that director Navdeep Singh approached him for the film. "It's very different from what people have seen me doing. I loved the story of Kaneda. Bohut hi powerful hai story iss film ki (The story of the film is very powerful)," DNA quoted the 33-year-old actor as saying. Phillauri, which released on March 24, has so far earned more than Rs 20 crore at the box office. The film stars Diljit as a singer and Anushka's love interest. Trade analyst Taran Adarsh credited Phillauri's success in North India to Diljit Dosanjh's 'star power.'

Meanwhile, of her role in Kaneda, Anushka told news agency PTI, "It is too early to talk about the film."

Diljit Dosanjh made his Bollywood debut with the 2016 film Udta Punjab, co-starring Alia Bhatt, Kareena Kapoor and Shahid Kapoor. For his role as a cop, Diljit won a Filmfare Best Debut Male Award.

It was speculated that Diljit might also star in Salman Khan and Akshay Kumar's next production venture. However, refuting the reports, the actor told PTI, "Those are wrong reports. I am not doing anything in it. It's a big film and a big subject. I am not in the film."

Director Navdeep Singh had earlier confirmed that Arjun Kapoor will also be a part of Kaneda.The film will be produced under Anushka Sharma's production house Clean Slate Films.