Karan Patel and Ankita Bhargava's baby is due in November 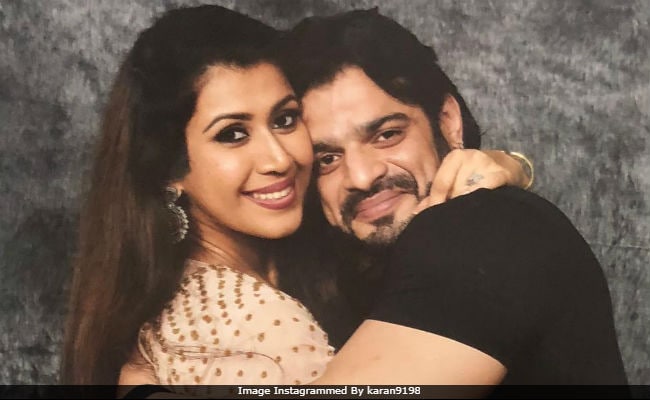 New Delhi: Television star Karan Patel and his wife Ankita Bhargava are expecting their first baby, reports The Times Of India. Ankita is currently in her second trimester and child is due this November. "Karan and Ankita are ecstatic with this development in their life. They are, however, trying their best to keep the news under wraps because they plan to announce it at the right time," source close to the family told TOI. Karan Patel married Ankita Bhargava in May 2015. He is best-known for his role on television's hit show Yeh Hai Mohabbatein. Karan plays Raman while Divyanka Tripathi stars opposite him as Ishita. Yeh Hai Mohabbatein is produced by Ekta Kapoor.

Promoted
Listen to the latest songs, only on JioSaavn.com
Karan Patel, 34, started his career with Sakshi Tannwar's Kahaani Ghar Ghar Ki. 2007's Kasturi was his first show as a lead star. Kesar, Kasamh Se and Teri Meri Love Stories are some of Karan Patel other TV shows. In 2010, he made his TV on big screen with City of Gold and later, he starred in Shootout at Wadala. He has also hosted reality shows like Kaho Na Yaar Hai, Gumrah and Nach Baliye 7. Meanwhile, Ankita is known for her roles in shows like Dekha Ek Khwaab, Sajda Tere Pyaar Mein and Ekk Nayi Pehchaan.