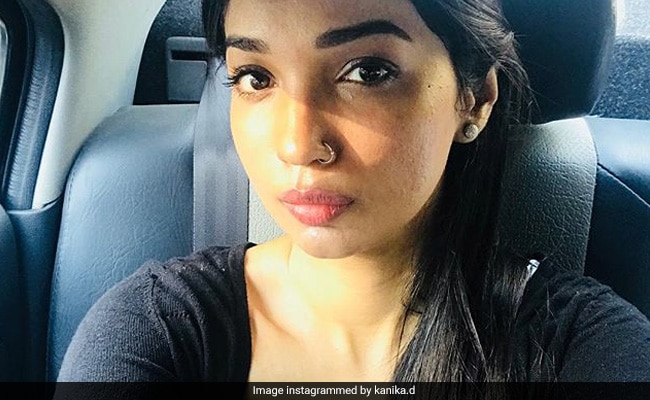 Kanika Dhillon, the writer of films such as Manmarziyaan, Kedarnath, Judgementall Hai Kya and more recently Netflix's Guilty, found herself in an awkward spot on Twitter. Soon after singer Kanika Kapoor revealed her coronavirus diagnosis in a post, a Twitter user mistakenly tweeted a rude message to Kanika Dhillon, confusing her as the singer. The Twitter user attempted to troll Kanika Kapoor for not going into quarantine after her return from UK but mistakenly redirected the message to Kanika Dhillon, who was in no mood to let it pass. Here's what Kanika Dhillon tweeted: "Sir, virus apke dimaag mein chala gaya hai... har Kanika ko utha ke jail mein daaloge? Dimaag ki batti chalao! Pyaar phailao - ghar pe raho... haath sabun se dho! (Sir, the virus has hit your brains... you want to send every Kanika to jail? Light up your mind... spread love... sit at home... wash your hands with soap). Namaste!"

Kanika Dhillon has worked as an Assistant Director in Om Shanti Om and also worked in films such as Always Kabhi Kabhi and Ra.One.

Singer Kanika Kapoor on Friday revealed she has tested positive for coronavirus some 10 days after her return from UK.

Hello everyone, For the past 4 days I have had signs of flu, I got myself tested and it came positive for Covid-19. My family and I are in complete quarantine now and following medical advice on how to move forward. Contact mapping of people I have been in touch with is underway aswell. I was scanned at the airport as per normal procedure 10days ago when I came back home, the symptoms have developed only 4 days ago. At this stage I would like to urge you all to practice self isolation and get tested if you have the signs. I am feeling ok, like a normal flu and a mild fever, however we need to be sensible citizens at this time and think of all around us. We can get through this without panic only if we listen to the experts and our local, state and central government directives. Wishing everyone good health. Jai Hind ! Take care, KK

Ms Kapoor flew to Mumbai from London on March 9 and travelled to Lucknow two days later. Her post came days after a dinner she attended in Lucknow, which also had several politicians on the guest-list. After Ms Kapoor's post, politician Vasundhara Raje tweeted that she and son Dushyant Singh, who also attended Parliament after the dinner with Ms Kapoor, were self-quarantining. President Ram Nath Kovind also met Dushyant Singh. The President has cancelled all his appointments as part of government measures. An FIR has been filed against the singer based on a complaint by the Chief Medical Officer of Lucknow accusing her of negligence.

Kanika Kapoor is facing severe backlash on social media for having attended the dinner party - reports suggest that the party was attended by as many as 200 guests.