"India had already won the World Cup when we qualified for the semis at the top of the list as the No 1 team," wrote Aamir Khan 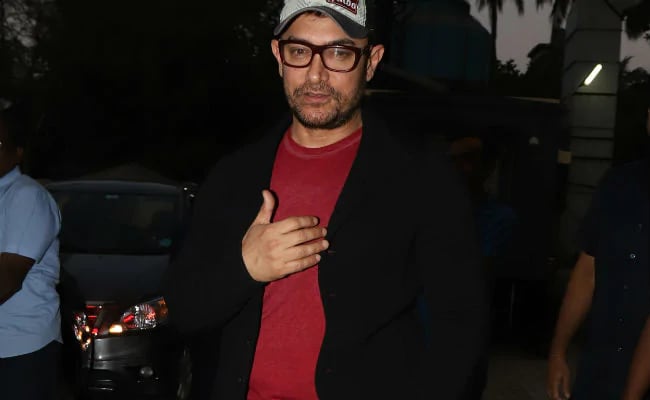 Aamir Khan wrote an open letter to Indian cricket team captain Virat Kohli after India's defeat to New Zealand in the ICC Cricket World Cup. Aamir began the note, saying, "Hard luck Virat." In his post, the 54-year-old actor appreciated the Indian Cricket team for their performance throughout the tournament and added, "Hard luck Virat. Just wasn't our day today. For me, India had already won the World Cup when we qualified for the semis at the top of the list as the No 1 team. Well played guys, throughout the tournament. I just wish it hadn't rained yesterday.... The result might have been different." The actor signed off the note, saying "But well done, proud of our team. Love."

Aamir Khan wasn't the only actor from the film fraternity to extend his support to the Indian Cricket team. Several Bollywood stars including Varun Dhawan, Sonakshi Sinha, Bipasha Basu, Ayushmann Khurrana and others appreciated team India's performance in the tournament.

Respect and thank you team india for giving us everything. #NZvsIND

Love and respect to our indian cricket team ALWAYS! in wins and in losses, we are with you well played boys!

Ayushmann Khurrana tweeted: "We are proud of you. It was a rare bad day in office. Chin up. Well played. Well fought."

Team India! We are proud of you. It was a rare bad day in office. Chin up. Well played. Well fought. #INDvNZ

Here are some words of encouragement posted by Bollywood stars on Twitter:

I hate to sound like an old school uncle( trollers will say aunt but it's not about me) whn I say .."nazar lag gayee.."the boys fought valiantly and had a great run! We must applaud their incredible journey..not just focus on the destination! #ICCCWC2019@imVkohli and team INDIA

You are a true legend of the game @msdhoni, @imjadeja what a brilliant knock !!!! Sad that we a lost today but proud of our Indian Team - & many congratulations to team New Zealand on their win.

#teamindia all the best for the future challenges. We are proud of you. Today was just #onebadday ! @msdhoni you and @imjadeja were so good #CricketWorldCup2019

At least we didn't go down without a fight. Well played amazing #TeamIndia. And very well played #NewZealand. Was a very difficult game to watch for my heart. So close:(

India lost to New Zealand by 18 runs in the World Cup semi-final which was held at the Old Trafford stadium in Manchester on Wednesday.