Will Eternals Be The Game Of Thrones Stark Reunion Nobody Asked For But Everybody Wants?

Eternals : The trailer of the new superhero film dropped on the Internet on Monday 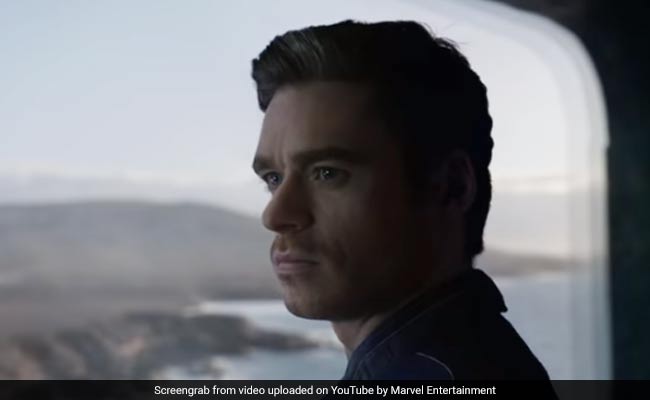 Two Game Of Thrones alumni play key roles in Marvel's upcoming Eternals and that is reason enough for Twitter humour to go into overdrive. The trailer of Eternalsreleased this week and boy, is it packed with marquee names, led by Angelina Jolie and Salma Hayek. Prominent among the cast are Robb Stark and Jon Snow, known IRL as Richard Madden and Kit Harington. In the film, Richard Madden plays the Eternal called Ikaris and Kit Harington is cast as human warrior Dane Whitman/Black Knight. Twitter, however, is still hung up on their GOT characters - Robb led House Stark until his death in the brutal Red Wedding; Jon Snow, thought to be Robb's illegitimate half-brother, turns out to actually be the very legitimate son of his aunt and true heir to the Iron Throne.

By happenstance, the Marvel Cinematic Universe also has a very well-known Stark - Iron Man, aka Tony Stark, died while battling Thanos (also an Eternal, more on that later). His legacy, however, lives on - Tony Stark/Iron Man was memorialized in Spider Man: Far From Home which is set after the events of in Avengers: Endgame. House Stark in Eternals universe, anyone? That's a yes from Twitter. Meantime, who else is excited about the Stark brothers' reunion? How fitting is it that Robb, claimant to the Iron Throne before his assassination, is also Ikaris who proposes himself as leader of the Avengers in the absence of Iron Man and Captain America? Also, let nobody forget that actress Gemma Chan, cast in a lead role, plays an Eternal named Sersi who is romantically involved with Ikaris? Not that Game Of Thrones' Cersei was ever really involved with anyone but her twin Jaime Lannister.

Anyhow, Twitter notes that "you can never keep a Stark down for too long." Check out the tweets from fans here:

Even with the events of Endgame, you can never keep a Stark down for too long. #Eternalspic.twitter.com/wdxd8SyjIV

This is House Stark of Marvel#Stark#Eternals#Marvelpic.twitter.com/apdTIqEt0b

I can't wait for the major plot twist in the Eternals where Jon Snow and Robb Stark start battling it out for control of Winterfell.

Thinking about the Eternals trailer and how Rob Stark wants to lead the Avengers and just...the irony

Funny that Jon Snow and Rob Stark will have a love triangle with a woman named Sersi . #marvel#Eternals#GameOfThrones

For those not in the know, Thanos is a lapsed Eternal and is, in fact, related to Thena, played by Angelina Jolie. The Eternals are a race of super-powered beings living secretly on Earth; Kumail Nanjiani plays an Eternal named Kingo who is disguised as a Bollywood star. Actor Harish Patel has also been cast in an undisclosed role.

Eternals has been directed by Academy Award-winner Chloe Zhao. It is slated to release in India in October.