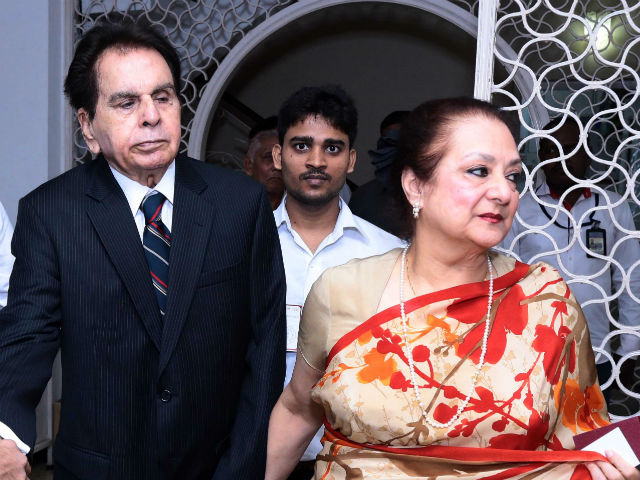 Saira Banu and Dilip Kumar photographed at their Mumbai residence.

Mumbai: At the age of 93, two days after he celebrated his birthday Dilip Kumar was awarded with the Padma Vibhushan at his Bandra residence in Mumbai on December 13 by Union Home Minister Rajnath Singh. And while the thespian wasn't keeping well to comment on his achievement, his wife and former actress Saira Banu was emotional.

"Why wouldn't I be (proud of him)," asked Saira. "The government has awarded him with such a huge award. I am the proudest wife in the world today." (Also Read: Dilip Kumar Receives Padma Vibhushan Honour)

"Dilip saab has always been a man of few words. He was very happy when he received the award and he even smiled," she said.

Dilip saab gave many hits at the Indian box office even the western world was well aware of his superstardom. Hollywood director David Lean wanted Dilip Kumar to play the character of Sherif Ali in Lawrence of Arabia, he also wanted the actor to star in Taj Mahal.

"Dilip saab never wanted to be in Hollywood and I am glad he didn't do Taj Mahal with Elizabeth Taylor. Imagine where would I go if he would have done the film and something would have happened between him and Elizabeth?" said Saira Banu.