Why Jennifer Aniston-Brad Pitt Are Trending After The F.R.I.E.N.D.S Reunion

Brad Pitt starred as the Rachel Green (and carbohydrates)-averse Will Colbert in an episode of F.R.I.E.N.D.S 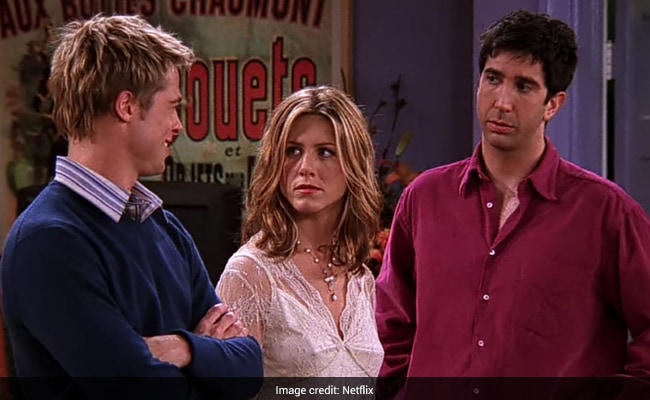 Brad Pitt might not have been present at the F.R.I.E.N.D.S Reunion but his name surely did pop up during the conversation. There's no way, Brad Pitt and Jennifer Aniston go unnoticed, especially with so much history around. Well, the actor was one of the guest stars in the 8th season of the sitcom, in which he starred as the Rachel Green (and carbohydrates)-averse Will Colbert in an episode. Enough about the past, back to 2021 - during the reunion, Jennifer's co-star and love interest (read her lobster) on F.R.I.E.N.D.S, David Schwimmer, talking about all the famous guest appearances, said, "And your fella, Brad," to which Jennifer Aniston replied, "Pitt came and did one."

History is proof that Jennifer Aniston and Brad Pitt always manage to make it to the trends list. Last year, Brad Pitt stopped everything and waited up backstage to watch Jennifer's acceptance speech at the SAG Awards. Also, during the Golden Globes last year, Brad and Jennifer trended big time for the actress' reaction to Brad Pitt's acceptance speech after he won the Best Supporting actor award. During his speech, Brad said that he wanted to get his mother with him during the awards but he decided not to and said, "I wanted to bring my mom, but everyone I sit next to they say I'm dating." Jennifer Aniston chuckled at his statement.

Courteney Cox Still Has Monica's Cooking Mojo. The Proof Is This Chicken Curry